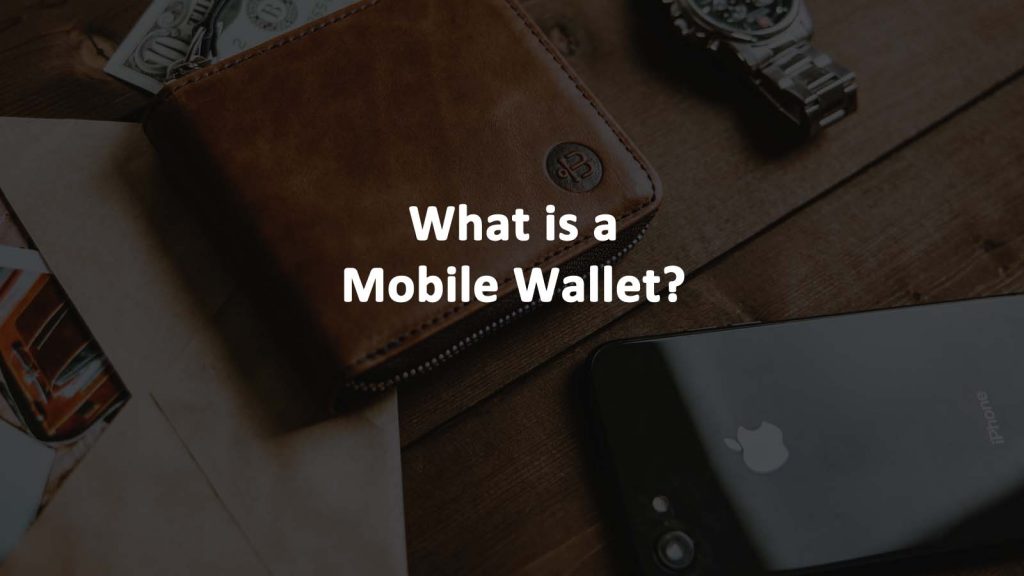 What is a Mobile Wallet – Apple Pay, Gogle Pay, Smasung Pay – How Do They Work for Store and App Purchases?

A mobile wallet is an app installed on your smartphone or tablet. Some apps let consumers pay using their smartwatches as well. Mobile wallets store payment cards like credit cards and debit cards for use as a form of contactless payment in stores and for public transportation. The more widely used mobile wallets store multiple payment cards as well as store loyalty cards, public transportation tickets and event tickets. They are convenient and safe to use in stores and online. Apple Pay was the first wallet launched in the United States where consumers have been low to adopt the technology. The three major mobile wallets from device manufacturers, Apple Pay, Samsung Pay, and Google Pay, can be used for in-store as well as in-app purchases.

Mobile wallets are a convenient and secure way for users to make in-store payments. US customers can use some mobile wallet apps when they travel overseas. 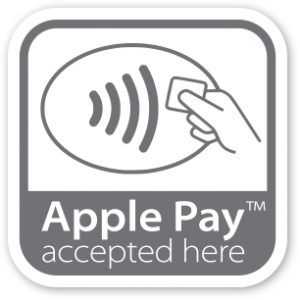 Apple Pay 2014 was the first mobile wallet launched in the United States in 2014, followed by Samsung Pay in 2015. Mobile wallets are subject to financial regulation.

READ: How to Set Up Apple Mobile Wallet iPhone

A mobile wallet is convenient to use because shoppers can store of their payment cards on their phone. The cards are left at home so there is no risk of them being left at the checkout register, being stolen, or lifted by hackers. Mobile wallet transactions process quicker than when a shopper has to swipe or dip a credit card. To pay with a mobile wallet, simply open the app, wave it over the point-of-sale (POS) reader and the transaction is authorized. There is no need to hand the card to the cashier or swipe it in a card reader. Debit cards may need the PIN entered after using the app.

Mobile wallets can be used for payroll but as is the case with consumers, adopting use of mobile payment technology in the United States has been slow and lags behind that of other countries. Mobile payments are expected to increase to $503 billion by 2020.

What is a Mobile Wallet and How Does it Work?

Contactless payments are payments made to sellers using a mobile device or pre-purchased card to wave over a reader to complete the transaction. Most mobile wallets use near-field communication (NFC) which allows two electronic devices to exchange pament informaion or other data when in very close proximity to one another. In the case of a mobile wallet, NFC is used by the phone to send payment information to the retailer’s POS terminal. NFC is similar to Bluetooth, except that Bluetooth works over a much longer range than NFC does. 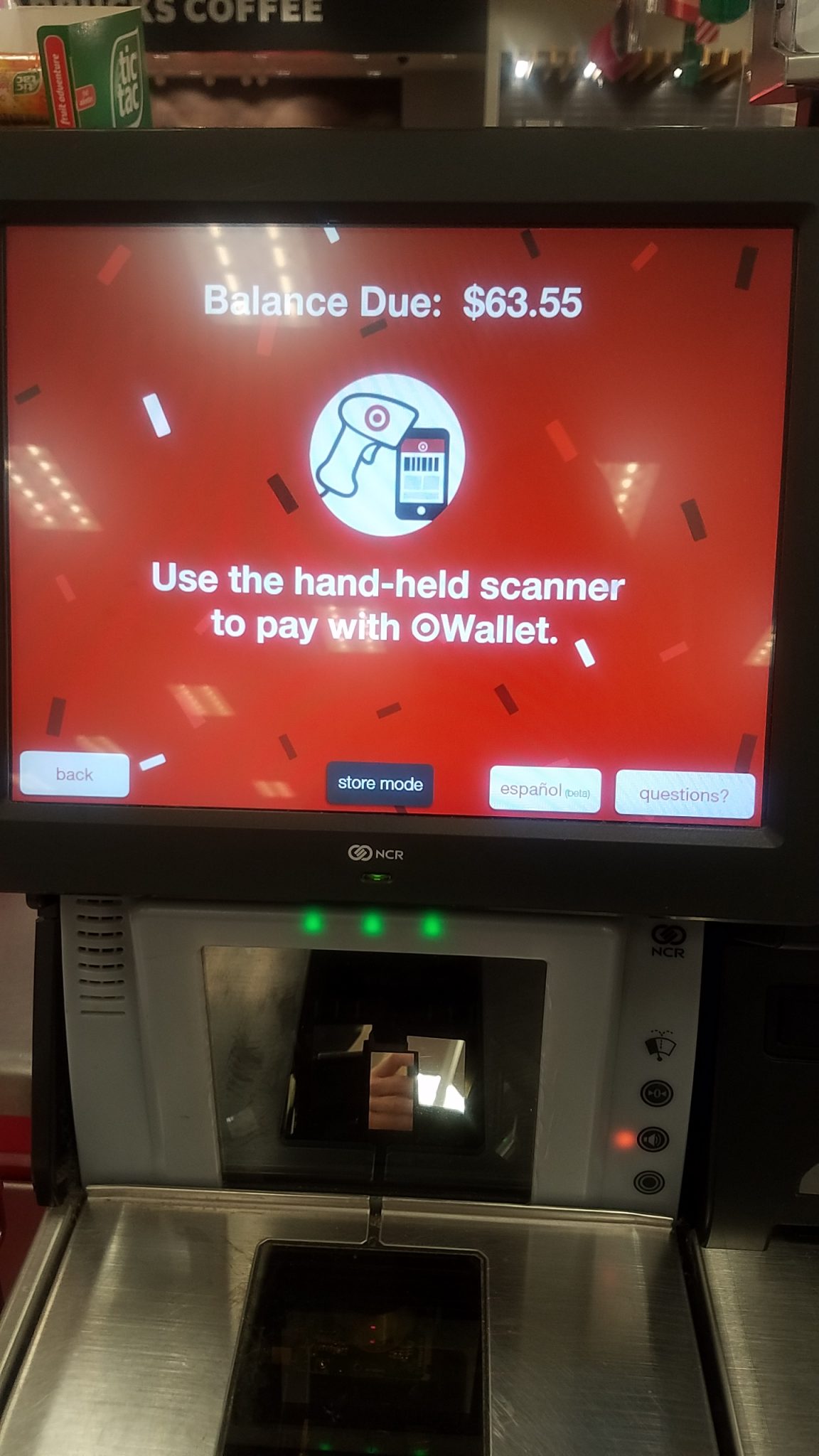 Bluetooth payment processing is also faster to use than NFC and can accommodate multiple transactions on a single payment terminal simultaneously. NFC is used by mobile payment developers because the short range prevents hackers from intercepting payment information. Apple Pay uses near field communication.

The train in London, United Kingdom uses Oyster Cards as tickets. Riders simply show their card to a scanner to pay their fare. The subway in New York City is testing using mobile wallet apps so riders can pay their fares by waving their phone over a reader to pay.

Is PayPal a Mobile Wallet?

The most widely used mobile wallets are Apple Pay, Google Pay, Samsung Pay, and PayPal Pay. Mobile wallets are preinstalled on compatible mobile devices. Third-party mobile wallet apps, like PayPal Pay and Venmo can be downloaded from banks. Chase Pay and Capital One. Some retailers like Walmart and Starbucks have their own mobile payment solutions.

Which Mobile Wallet is Best?

Some mobile wallets are only compatible with specific phones, tablets, and smartwatches. For example, Samsung Pay only work on Samsung devices while Apple Pay only works with iPhones and Apple Watches.
Google Pay works on all Android phones with NFC and HCE support running KitKat (4.4) operating system or better. Apple Pay runs on Apple iPhones since the iPhone 6, Apple Watch, MacBook Pro with TouchID, iPads (5th generation or higher), iPad Pro, and iPad Mini. Samsung Pay works on all Samsung Galaxy phones since the Galaxy Note 5, Gear Watch, and Gear Watch Active, Gear S2 and S3.

Some retailers may accept certain mobile wallets but not others.

READ: How to Unlink a Payment Method from Android Wallet

Mobile wallets are a secure way to pay in person and online. Mobile payment apps can be used for in-app purchases, from app compatible web browsers, and of course in person at payment terminals. Not all retailers accept all mobile wallet apps. Paying with a mobile app is secure because it cannot be stolen like cash or a credit card. Paying with a credit always runs the risk of the card numbers being stolen by a compromised payment terminal.

It is important to enable security features on your phone to make shopping with a mobile wallet secure. The device should have a screen lock. A password is good, but biometric logins like fingerprints or facial recognition is best. All apps on the phone should also be protected with a passcode or fingerprint. With security features enabled, the device and the mobile wallet both must unlocked with a fingerprint. This reduces the risk of fraudulent charges in case the phone is ever lost of stolen.

Disadvantages of Using a Mobile Wallet

Of course, there are disadvantages to using a mobile wallet. All apps can drain a phone’s battery, some more than other. If your phone’s battery dies, you may could get stranded is you are using it for train tickets or lose the ability to pay. Not all stores accept mobile wallets so you may have to carry a backup payment method until the technology is more widely accepted. Be careful of app developers that request access to unnecessary data on your phone. Read the privacy policy and make the app does not share your information with other third-party services.