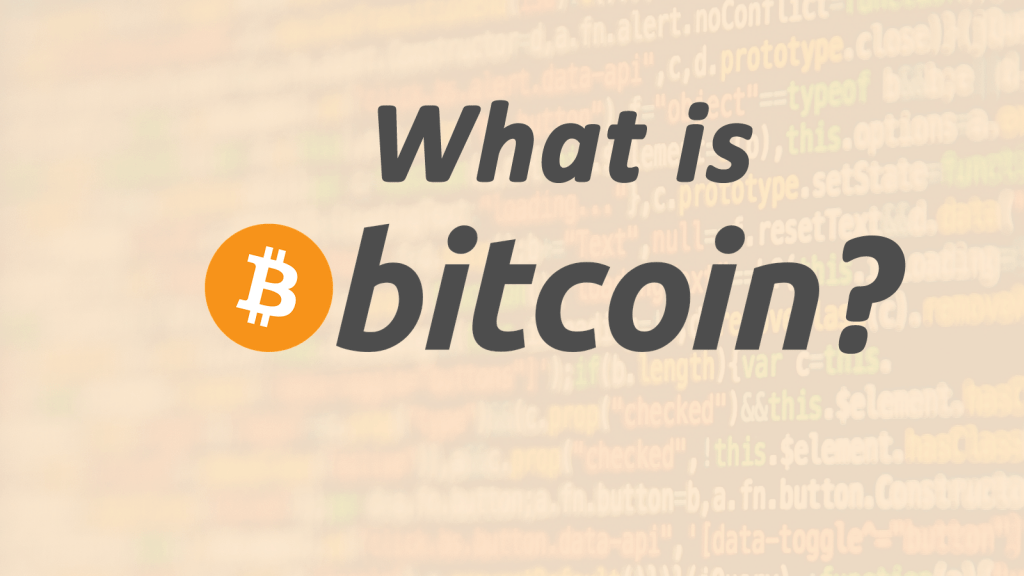 Bitcoin is a crypto currency that can be used as a form of payment at businesses that accept it. Bitcoin is a decentralized currency meaning that is not regulated by any governmental entity, business, or agency of any kind. Although there are many crypto currencies, Bitcoin is the most popular. Bitcoin is secure and anonymous, yet still traceable through shared ledgers. Like traditional currencies, Bitcoin’s value depends on its perceived value. It is not tied to gold or any commodities.

Anyone can send or receive any amount of Bitcoin with anyone else, anywhere on the planet without restriction. You can use Bitcoin to pay for purchases anywhere it is accepted.

Bitcoin is produced through a process called mining. Mining creates more Bitcoin and is very time consuming making it not profitable for individuals to partake in. However, groups of miners together can make money mining. As a result, Bitcoin miners generally work in teams to make producing Bitcoin cost effective. A group of miners working together is called a pool. An individual Bitcoin miner group of transactions is called a block. The blocks of transactions broadcasted about six times per hour to the other nodes so the nodes may add the new blocks of transactions. Network nodes validate Bitcoin transactions and are paid a fee. The nodes add the transactions to their own ledgers. A to their own ledgers. This ensures Bitcoin is accounted for and not used more than once.

How to Buy Bitcoin

Bitcoin can be exchanged with other currencies. Bitcoin buyers can purchase Bitcoin through exchanges, called Bitcoin web wallets. However, they must use a wallet that is available in their country and works with their banking institution. Buyers connect a Bitcoin wallet to their bank or credit card and buy Bitcoin with a credit card or bank transfer. Bitcoins can also be exchanged via PayPal or at Bitcoin ATMs where available. Like other currencies, Bitcoins are exchanged for a fee.