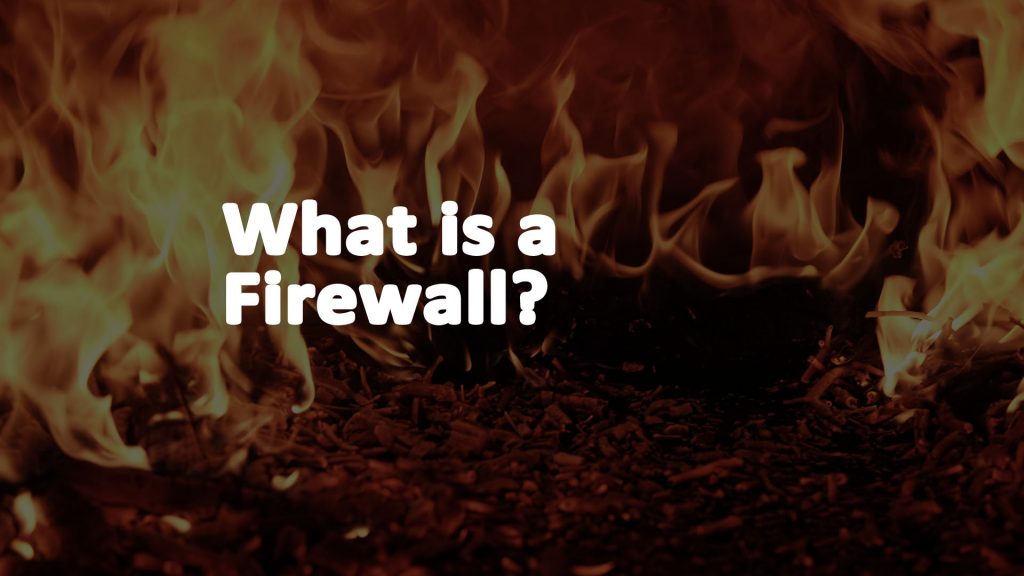 The basic definition of firewalls can be quite tricky for beginners. Firewall are nothing but a network security device. Network security, on the other hand, helps to protect the usability and virtue of any network and its data. It is applicable for both hardware and software technologies. Its job is to stop threats from entering or spreading to a network. It tackles unauthorized access and misuse of computer systems.

Firewalls are a type of cyber security device that tracks all incoming and outgoing network traffic. Firewalls grant or block the traffic that comes towards the network depending on its threat level. It acts as a wall between administered and public networks. It is a technology which has been safeguarding network security for over a decade now.

Any information coming through the internet connection into a private network or a system is filtered by this hardware device, which leads to stopping any malicious information and is flagged by the firewall. Large companies often use firewall security for the hundreds of computers present on their premises, which without a firewall installation, is directly accessible to anyone on the internet. In the absence of network security, a situation may develop which will lead to probing computers and networks to make FTP and telnet connections which can further lead to hacking a system. A firewall installation is imperative to stop such activities.

The different types of Firewalls are:

How Firewall Works with a Router

Unlike other firewalls, a router firewall does not permit any incoming query requests at the server level, which therefore helps in protecting the network. The router firewall keeps a network safe by simply turning it on as the router is the only connecting point of a computer on a network to the Internet. Routers are devices that carry packets of data between a network and the internet.

What are the two types of firewall routers?

Network Address Translation (NAT) sends network packets to the right direction with the help of a router and identifies the internet addresses that a network bridges data packets with.

Stateful Packet Inspection (SPI) is an advanced router firewall. Before allowing it through the firewall, this router firewall deliberately concentrates on larger number of packet features. Therefore, a firewall security protects your computer by monitoring traffic, blocking threats, stopping hackers and keyloggers. It safeguards a network connection and is an essential tool in computer security with in-built anti-virus tool. A firewall can also identify if anyone is forcing attempts to enter an authorized network or an individual computer and sets an alarm when a dubious or fake activity is being carried out.