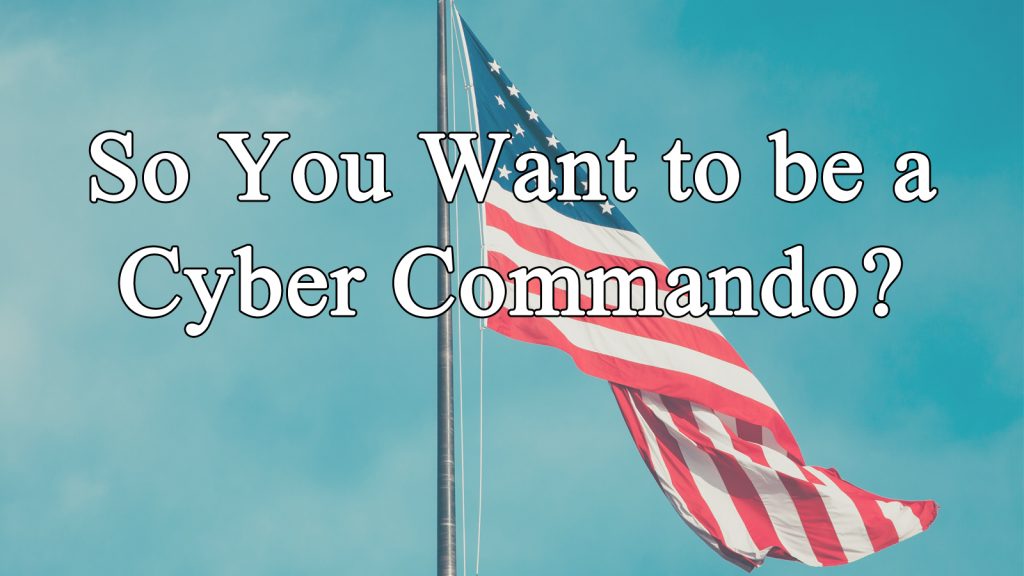 As we mentioned in our news roundup, the United States has fully shifted cyber warfare control over to a unified strategic command structure. This command is known as USCYBERCOM or United States Cyber Command, and it unifies the efforts of federal agencies such as the NSA and CIA. This is similar to USSOCOM (United States Special Operations Command), which controls the various Special Forces units at the United States’ disposal. Cyber warfare, which is comprised of both defensive and offensive techniques has typically been under the purview of each individual unit and organization. This means that the Army, Navy, Air Force, NSA and CIA all run their own cyber warfare programs. Whether or not those programs share any data is entirely up to that organization. This presents a problem, effective cyber security requires communication. If your forces are communicating, they aren’t winning.

USCYBERCOM is primarily comprised of elements of the NSA, US Army Cyber Command, Air Forces Cyber and Fleet Cyber Command. These parent units each have several smaller, specialized units that work underneath them. Now all of them will work in concert to achieve their goals. USCYBERCOM also includes smaller groups, known as “Teams” that are not large enough to be their own military unit. While USCYBERCOM has existed since 2009, it hasn’t been recognized as its own, independent command until 2017. This move to allow them strategic freedom may be in response to their continued accrual of units, teams and resources. More likely it’s a response to the rise in aggressive cyber activity, and the need for a cyber warfare capable unit being able to perform its cyber security job without waiting for everyone to get their act together.

So what if you wanted to join USCYBERCOM, how would you go about doing so?

So assuming you can manage that, you’re well on your way to the training you’ll need. Alternatively, you could get into the NSA or CIA and skip all the physical requirements. However to get into those agencies you’ll need to pass an extensive background exam, be willing to relocate and have an exemplary mind. So pick your poison when it comes to trying to reach for your goals. You can expect to be taught the tools of the trade in the Armies Signals school, or a similar school for each branch. Training is around 45 weeks, and is broken down into two major sections. The first is 25 weeks long, and is a comprehensive primer for the second half, which is 20 weeks. Alternatively, if you went through the NSA you can expect to attend courses at the National Cryptologic School’s College of Cyber. The NCS is a school run by the NSA as part of their training regimen. Once you’ve completed your training, or courses, you’ll hopefully be placed into one of the units under USCYBERCOM. Congratulations, you’ve done it! You’re now one of the new cyber elite. A real life code slinging, binary wielding cyber commando.