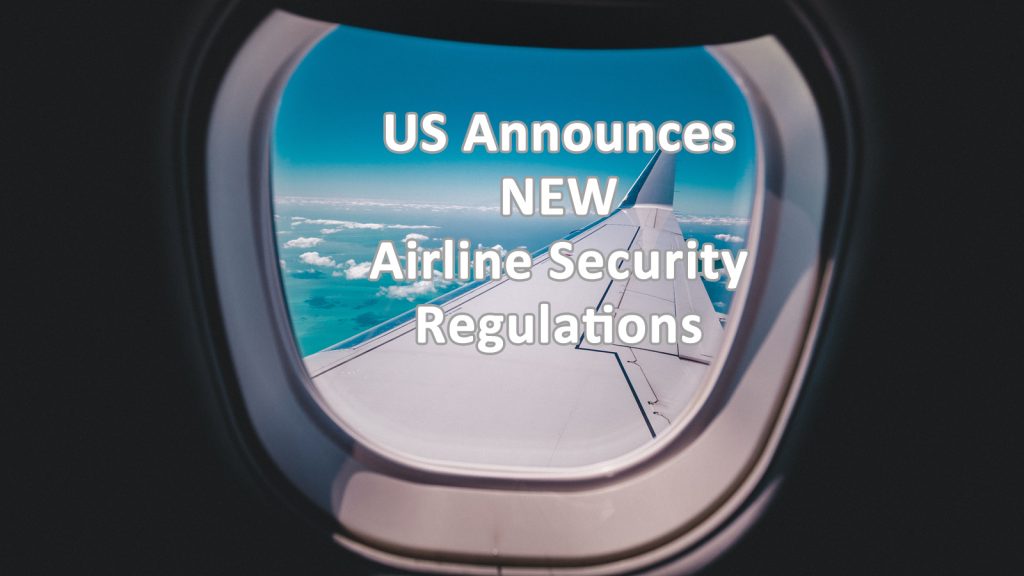 Homeland Security Secretary John Kelly announced new, but nondescript airlines regulations. The new rules, which are not specific, were announced on June 28, 2017. The changes affect 205 overseas airports that have direct flights to the United States. The executive order includes a 90-day ban on travelers from Libya, Syria, Iran, Somalia, Yemen and Sudan. It also imposes 120-day travel ban for refugees from any country. This applies to all US bound travelers unless they prove they have a “close relationship” with someone in the United States. The executive order defines “close relationship” as a US parent, spouse, fiancée, child, adult son or daughter, son-in-law, daughter-in-law or sibling. Other family members are not included. Foreign nationals with educational or business ties to the US are also exempt.

In March 2017, the United States and Britain both banned laptops from some predominantly Muslim countries. Travelers from those countries must check most electronic devices, including laptops, tablets, and cameras, in checked baggage. Nothing larger than a cell phone is allowed. The reason behind this change is that intelligence suggests that terrorists are developing anti-airplane explosives and hiding them in laptop sized batteries.

In the announcement, a senior official said, “We continue to evaluate and put in place security measures both seen and unseen to address all aspects of this threat.”