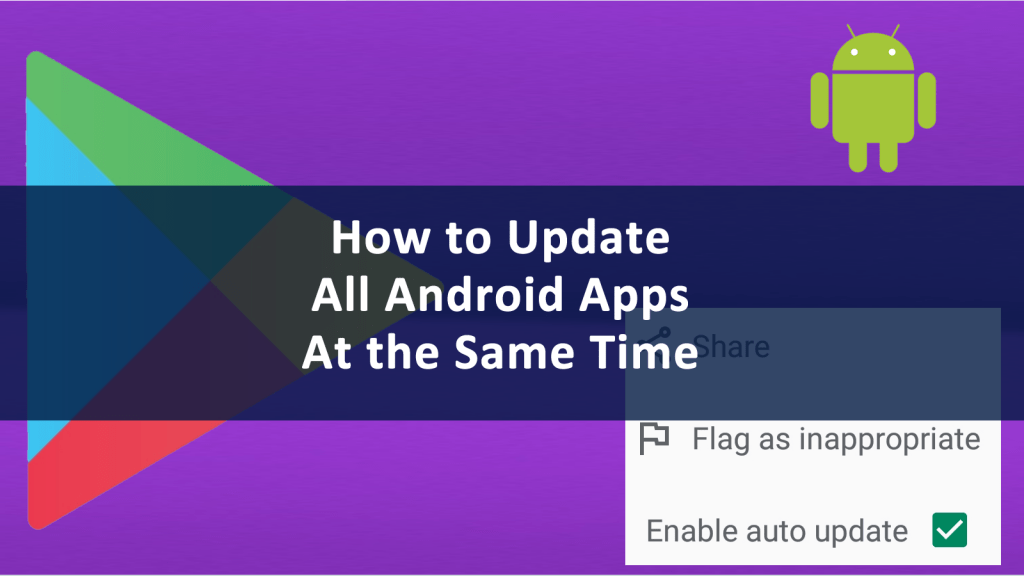 Updating all your Google Android apps is an important part of device security as this is a primary defense against hackers and malware. There are a few reasons why an app developer might need to push an update: Android apps get new features, change existing features, and deal with compatibility issues.

Many times, an app is updated because there’s a security vulnerability or exploit and the developer needs to patch the app to keep hackers out. Earlier this year, it was discovered that WhatsApp has a security vulnerability allowed hackers to install spyware which could be used to take control of the phone and its camera. Just a few months later WhatsApp and Telegram messaging apps both had an exploit that allowed hackers to intercept media files. In both cases, updating apps and making simple security settings changes secured the apps and their conversations.

People use smartphones, tablets and mobile devices to manage important tasks from online shopping, banking, and sending work emails. Many people work primarily from their phone which contains a wealth of sensitive corporate data. Hackers use phishing emails, social engineering, and malware to steal your personal information from victims.

The goal of many hackers is to steal your identity and course steal your money. Keeping your devices operating system and apps updated to protect sensitive information and money is your first line of defense. Of course, other apps like antivirus software malware removal and identity theft Protection are helpful too.

Downloading and installing the latest security updates for an Android app on tablets, laptops, and smartphones is the one of the best ways to keep your device and information secure. Many malware attacks spread easily through unpatched devices. The WannaCry attack infected computers in spread to 74 countries in 2017. The ransomware attack spread quickly to unpatched operating systems. Computers that were updated were not vulnerable to the cyber attack.

Android apps as well as iPhone apps update often to get enhanced features, make changes to the settings, and to make sure apps are compatible with operating system updates, and for security updates. It’s especially important to keep all of apps and hardware including smartphones, tablets, and laptop computers patched with the latest security updates. Patching software and hardware helps to keep hackers and scammers away from your data and money.

How to Know When an App Needs Updating

Any Android app that needs updating will be listed in the Google Play Store under the settings header. To find apps that need updating go to Google Play and check its settings under My Apps and Games to find them. Follow the steps below.

Any Android apps that needs updating will be listed here.

Update Individual Android Apps Automatically
To set up updates for individual apps on your device:

The app will update automatically when updates are available. If you are not signed into your Google account when an update is available, the app won’t be able to update on their own

To automatically update apps on your Android device:

Note: If you are not signed into your Google account, apps won’t be able to update on their own