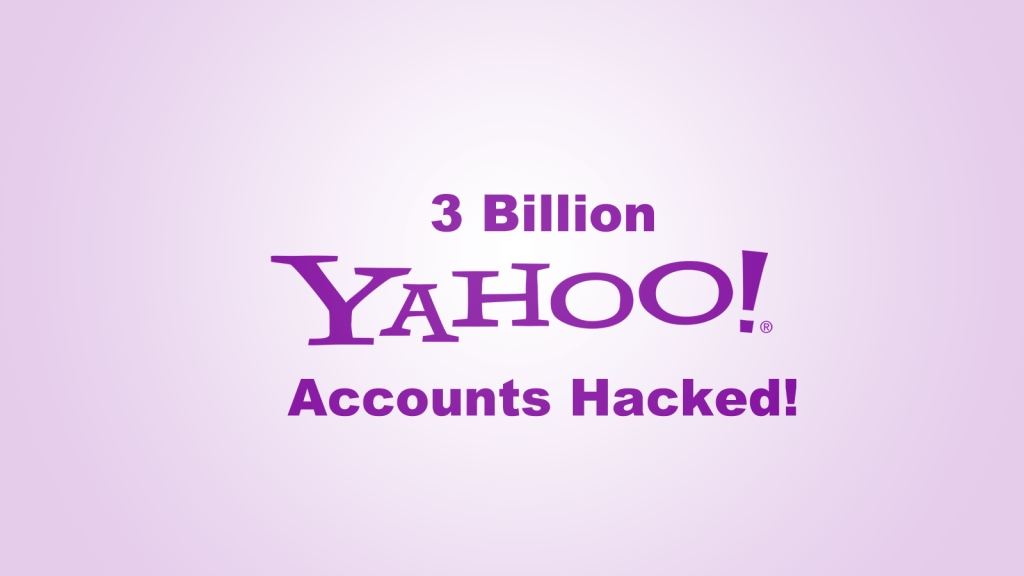 A once darling of the internet, Yahoo!, solidly holds the crown as the proud owner of the largest hack in US history. In 2013 Yahoo! has hacked in the most epic hack of all time! Some three billion Yahoo! email accounts were stolen! Yes, BILLION!! The hackers accessed names, email addresses, and account passwords. Although, the hack occurred in mid-2013, Yahoo! did not disclose the information until late 2016 – in the middle of Verizon’s purchase of Yahoo!’s core internet business. Initially, it was reported the about 100 billion accounts were accessed.

Although the recent Equifax cyber security breach, with 145.5 million records accessed, may seem like the clear winner that’s bush league compared to the announcement this data breach!

The good news, if there is any, is that if your email account was established after 2013, then it was not part of THAT hack. However, you would be eligible to part of the next cyber attack. Yahoo! was again attacked in 2014 in a cyber attack that affected about 500 million people. In that state-sponsored cyber security hack, names, email addresses, telephone numbers, birthdates, and hashed (encrypted) passwords. Also, some encrypted and unencrypted security questions were accessed. Since the 2013 hack was not announced until late 2016 this was thought to be the largest hack ever! We were all oh, so wrong!