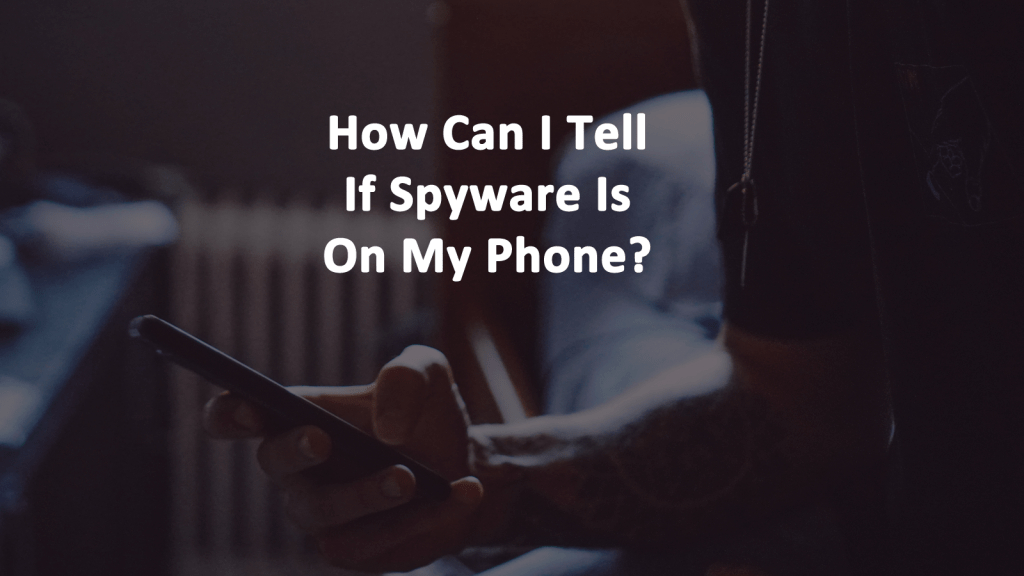 Someone may be spying on your cell phone. You probably take your smartphone with you everywhere you go and use it daily, if not hourly, to communicate. Imagine if your phone was being monitored by a stalking app or your spouse was spying on you with spyware. All your private information could be exposed – without your knowledge with a phone spying app installed.

People use their phones for everything including communicating with friends and family, online shopping, banking, storing photos and all kids of other highly personal information. If spyware was on your phone, it could expose some or all the information from your phone including the websites your visited, your email logins, social media passwords, credentials for banking apps, and credit card information. Some spy apps can even read your text messages, emails, monitor calls, and track your location.

Some spyware apps are legal and are marketed to parents so they can monitor the communications, activity, and location of their children. But the FTC recently settled a case against Retina-X because the spy app company did not ensure that their apps were being used legally and not as stalker apps by people spying on spouses or for unauthorized monitoring of other people’s phones.

Stalkerware is used to spy on someone’s phone remotely.

How Can I Tell If Spyware Is on My Phone?

If you’re concerned that a coworker, significant other, or spouse is spying on your phone then you should check it for signs that you are being monitored. The process differs a little by phone type and operating system.

Anyone who has had a few minutes of access to your phone can install a spy app. If you’re wondering if your cell phone is spying on you check its battery usage. Most smart phones have battery usage optimizer or you can download one to see what’ draining battery life . If you notice that your phone’s battery depletes faster than usual, there may be a stalking app installed. If its running constantly, monitoring activity, calls, text messages, and location it will use a lot of power.

How to Detect A Spy App on My Phone

Check if your smartphone has been rooted or jailbroken. Jailbreaking refers to Apple iOS devices (iPhone, iPad, iPod touch) while rooting, or installing a rootkit, refers to Android devices.

Jailbreaking and rooting both mean that the operating system that came factory installed with the phone has been hacked into. Sometimes this is done with good intentions by smartphone owners to give the phone more features and remove preinstalled apps that they don’t want. When you jailbreak a phone, you have unrestricted access to the filesystem and can modify or install any app or software they want with no restrictions including stalkerware.

Signs Spyware Is Running on Your Phone

Names of Spyware Programs on Android

Get 22% off ANY 15in Legion Y540 and Y740 gaming laptop, including models with latest RTX and GTX graphics cards
Use code NEWLEGEND22

How to Track Spyware on A Cell Phone

Cell phone spyware detection and removal on Android phones can be tricky because spyware apps can hide themselves. Some spyware apps hide their own app icon, so the user won’t realize that something new has been installed and won’t know where to begin to look for a stalker app. But you can detect spyware on your smartphone if you look for some of the common symptoms of a resource draining app and look into your file system.

For any suspicious app, tap Install Unknown Apps to check to see if the app can download or update from outside of Google Play.

As a last resort you may have to factory reset your phone.

This is a restriction that blocks the installation of applications outside of the Google Play Store.

Cell phone spyware detection and removal on iPhone Is not as involved because most likely a hacker or unauthorized person would have to jailbreak your iPhone to get spyware installed. There are some legal spyware apps marketed at parents who want to keep track of their children which do not require jailbreaking. For example, Highster Mobile and mSpy work on an iPhone that has not been jailbroken.

How to Remove A Spy Phone App – iPhone

As a last resort you may have to factory reset your iPhone.