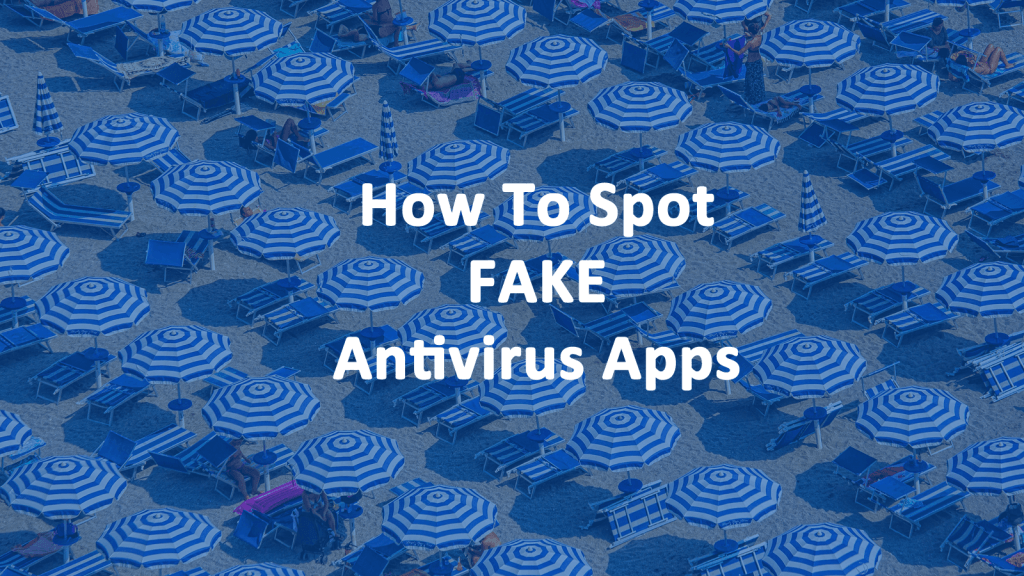 Finding the right Antivirus software for your personal or business use is not that easy as it seems to be. New features are being added on a daily basis to these type of security software to make them more competitive and to provide a better user experience for the customers. For example, when purchasing antivirus software, you have to ensure that the software is compatible with the operating system on your computer or laptop. If there is a mismatch, the software will not install at all and even if it does, it may not perform to the optimum level. Another thing you have to look out for is the genuineness of the software. Sometimes it becomes impossible to differentiate fake software from the real ones as there are so many technical and non technical aspects to look into. The developers of fake software go all out to convince you that their product is the real thing. So the question is – How do you detect fake antivirus programs?

Fake antivirus programs always create a sense of panic and urgency. They are designed to pressurize or exaggerate things. They also try to inform about threats and fears related to programs that actually don’t exist on your computer.

Fake programs are created to draw money from their users. It will act as if it is scanning your computer to prevent it from being infected. Once you click on the scan button it will charge money to clean the files. An actual antivirus protector will genuinely give a free trial copy and detect all the viruses, clean them and report to you at the same time without any demands.

Fake programs, when downloaded to your computer, can spread dozens of infections in it with each scan performed. Even if your computer is consisting of two harmless files, they will be scanned and will show a fake infection alert or notification.

Matter of great urgency and bucket full of alerts:

An important feature of any antivirus software is that it is non-obstructive by nature. The advanced and trusted security software will never try to bother the user till they find a matter of urgency. For example, Quick Heal is one of the most trusted legitimate antiviruses consisting of a silent mode feature. This means it is doing its job without bothering the person running the computer or laptop.

Click here to know more what this file is all about

EICAR TEST FILE or the EICAR Antivirus Test File is a file that was discovered to detect the response of antivirus computer programs by the European Institute for Computer Antivirus Research. This test file always permits to detect antivirus programs which could really damage the computer. EICAR string is a verified virus which is set up by the antivirus programmers. While detecting the file, an EICAR-compliant scanner will more or less respond in the same way as if a harmful virus is found.

Sometimes they might not detect the file though they are rightly configured. Now here they have to meet the strict specification set by the EICAR institute. A file containing the EICAR test string is more versatile and can be archived or compressed. Now the antivirus software can be activated to check whether a virus can be detected by the test string in the archived file.

Antivirus software can detect harmful activities on a computer. They can do this by having a look at the common patterns shown in the computer system. They detect all the suspected behaviours that are unnecessarily present in their computer systems. It is obvious that a good antivirus uses its own data to scan the files. Nevertheless, developers know that they do not have all the viruses in their database. That is why they use ‘heuristics’, a behavioral analysis to scan the viruses present in the computer.

Quick Heal is also one of the most trusted, legitimate antiviruses consisting of a very silent mode feature. Once it is installed, it works patiently and never affects your PC security. That means it is doing its job without disturbing. On the other hand, fake anti-viruses are hypersensitive systems which get activated even with a feather light touch.

How do these fake anti-viruses get on to an individual’s computer?

As soon as we start our computer, frequently some fraudulent sites popup with notifications to scan the computer with fake alerts of risks to your computer, if not scanned immediately. They guide us to remove the infection, by downloading a free antivirus program present on the page. They use scare tactics to create panic among the uninformed users in downloading the available programs and later demand money.

To avoid such malicious websites, the useful tips mentioned above should be used to spot a fake antivirus. Quick Heal is one of the more reliable software to safeguard your computer from being infected. You should share these tips with your friends and stay safe by preventing your PC from being hacked or data breached in cloud computing.