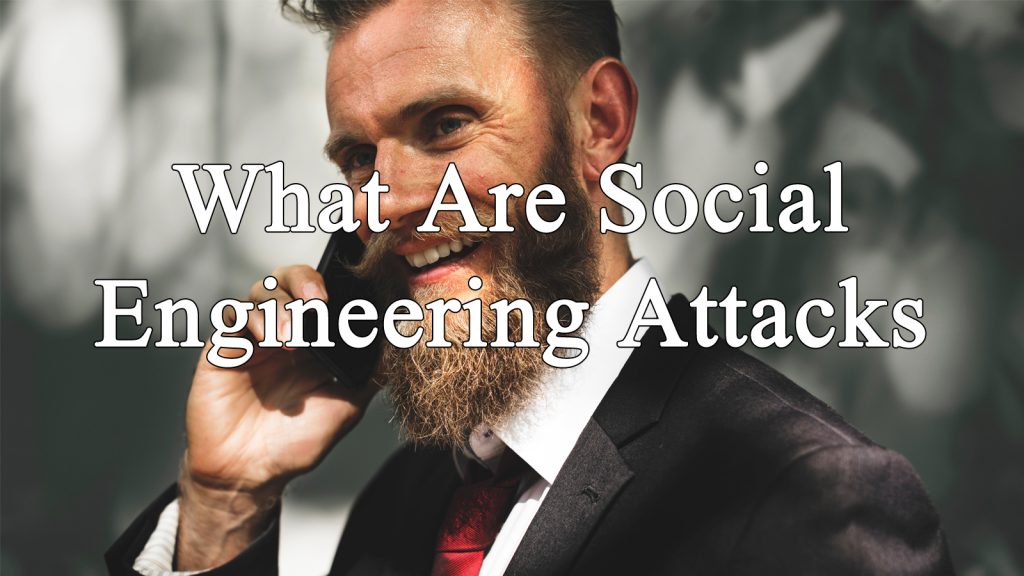 We are all very familiar with the terms computer virus, hacker, and data breach, but there is another form of a cyber-attack, called social engineering. Social engineering in the context of information security is the use of deception to exploit people to acquire sensitive data from them. Another way to social engineer data is to gather it from online accounts such as social media profiles.

What are Social Engineering Cyber Attacks?

Phishing emails, spear phishing, and tailgating are all forms of a social engineering attack. Phishing emails are broad emails that attempt to get something – usually money – from the recipient. In the case of a social engineering phishing attack, the hacker is attempting to get some piece of personal information – like a password – that will be used to access even more accounts.

Not all social engineering attacks are especially tech-savvy. Another example is accomplished with a simple phone call. A corporate website can be used to obtain the names and titles of employees. From there, a hacker can place a phone call to get the phone number of a department. In this example, we’ll say the hacker called into the internal IT support department of a major energy supplier. Pretending to be an executive locked out their email, the hacker successfully talked the first line tech support personnel into resetting an email password over the phone! From there, the hacker had email access to an executive. The emails contain information about other accounts the email is used to log into. A few more password resets can yield financial information and sensitive corporate data.

Social media sites like Facebook are easy places to social engineer data. Every Facebook user has an “about” page on their profile. Go to https://www.facebook.com/[USER NAME]/about to see anyone’s data (if they have left it exposed). Surf a few friends’ profiles and you’ll quickly see that some leave valuable information like their full birth date. Other common social data includes hometown, place of birth, and family connections. These are common passwords and hints.

What Can You Do to Defend Against Social Engineering?

Social data can be picked up in casual conversations, like two employees talking over coffee. With a little prompting, someone can accidentally give out seemingly innocent information like an email address or name.