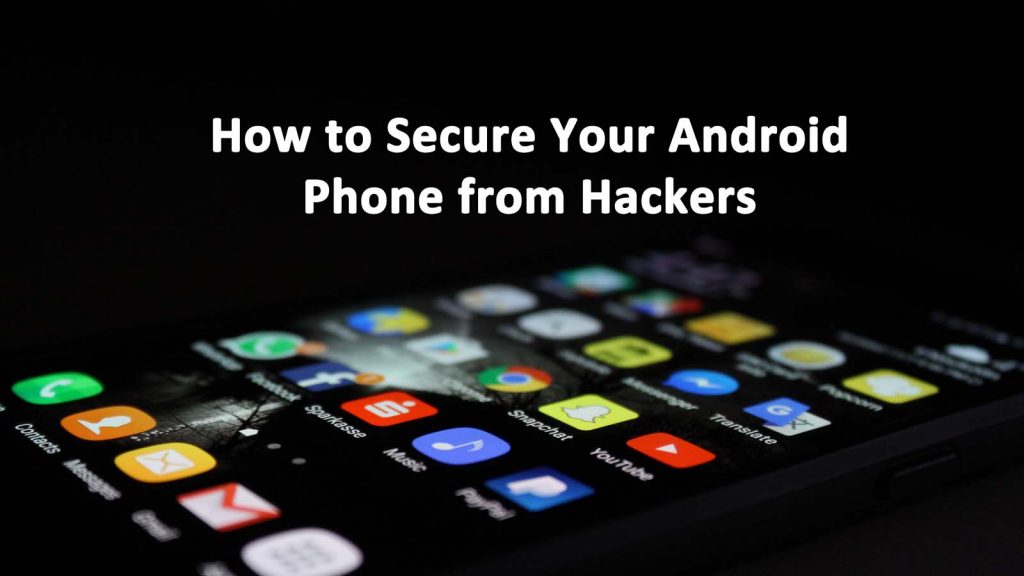 To secure your Android phone from hackers follow some basic cybersecurity practices to prevent hackers from stealing your information or infecting the phone with malware. Oftentimes people think that hackers are only after credit cards and other payment information to steal money, but personal data is very valuable too. Hackers make money by stealing credit cards, but they also sell stolen email addresses, usernames, and passwords on the dark web. To prevent your personal data and payment card information from being stolen, you should protect your Android phone with the understanding that is not a one time, set and forget process.

Paying with your Android phone is reasonably safe if you follow basic except cyber security best practices. Although no device app is guaranteed to be hacker proof, if you stick to basic cyber security policies, you can reduce the likelihood of being compromised.

Should I Use a Mobile Wallet to Pay?

Keep Apps Up to Date

Keeping apps and the operating system up-to-date is one of the easiest things you can do to protect your phone from hackers. Set apps to auto update as soon as there’s a new version released. Often, an update is pushed because there is a security flaw and the app developers attempt to patch as many devices as possible before hackers are able to develop malware to exploit such vulnerabilities. I set my phone to accept auto updates as long as it’s on a secure WiFi connection, so I don’t go over my data limits.

Apps should only be granted essential permissions. That means games don’t need access to your emails. A banking app does not need to access your text messages. Sometimes malicious apps may request access to your contacts under the guise of trying to find other friends who are using the same app. However, if the app or game is malicious, then it may use the contact list to send out spam or malware to everyone you know. Restrict apps and the permissions granted on your phone. if an app is asking for extensive permissions, then you are best not to install it. For example, I once went to install a flashlight app and it asked for access to my camera , contacts, and emails. I chose not to install it and later discovered that flashlight was harboring malware and spyware

Use an antivirus app on your Android phone to detect malware. A good antivirus app can prevent a device from connecting to risky WiFi connections. It may intercept spoofed websites and prevent online shopping scams. Antivirus apps can also help with removal of ransomware or other malware

Only download apps from the official Google Play store. Although this is no guarantee that the apps are free of malware, ransomware, or spyware, it certainly is better than downloading an app from an untrusted site. Another option is to download apps from official developer websites that you are familiar with. Never download an app from within a game or other app. This is one of the most common ways of spreading malware and spyware.

Rooting an Android device is the process of breaking into the operating system to alter it. Device owners root Android phones and devices so they can bypass security features by installing a root kit. This lets them download apps outside of the Google play store rooting and install the operating system of their choosing. The best part about rooting a phone is that you can remove any unwanted apps (referred who is bloatware) For example if you always wanted to get rid of the Verizon apps, games, or Amazon apps but were unable to delete them then rooting your phone will solve that. However, rooting a phone also makes it more vulnerable to hackers because it won’t receive automatic updates.

Secure Your Android Phone with a VPN

A virtual private network, or VPN, is an app used on a smartphone to encrypt data and communications from the phone. If you must use public WiFi connections, then use a VPN to protect your data and payment information. VPN come in free or paid versions. Usually free versions come with data limits and are not good for streaming media. Paid VPN services are subscriptions that cost only a few dollars each month. They don’t have data limits and allow the user to choose what countries and servers they wish to route their traffic through.
VPNs are also useful for watching movies, sports, and other content blocked in geographical regions.

Public WiFi connections in stores and in coffee shops are not secure to use. Payment information can be intercepted by hackers who are monitoring and intercepting internet communications on public WiFi. Anyone can steal WiFi data with inexpensive apps found online.
Logging into social media accounts is not safe to do on WiFi either. Many people think that social media information is just fun and not a security concern. Hackers also steal usernames, passwords, and email addresses and sell them or use them to hack into more important accounts. People commonly use the same usernames and passwords across multiple accounts including banking and credit card accounts. If a hacker can steal a username and password from one account, then they can try the credentials against other accounts are apps that you have on your phone. Hackers also steal email addresses to use in spam and phishing campaigns. Lists of email addresses are for sale on the dark web. If you can get a person’s email address, then you can use it to send password reset requests for banking and other financial accounts. Work email addresses can be used to hack into corporate websites and sensitive data.

When you receive an email take a good look at the sender’s address and make sure it is from a legitimate sender that you know. This means you scrutinize the email sending address rather than just the friendly name which may be the name you used in your address book. Hackers take advantage of shoppers who are in a hurry and send emails trying to scare recipients into acting. Phishing emails often try to scare the recipient into thinking that their account has been hacked and needs a password reset. Phishing emails may also be a little cleverer with fraudulent order receipts or shipping information for purchases hoping the user will click on a link to rectify the error.

Look carefully at the URL address of websites you shop at. Make sure that the websites are actually legitimate retailers before you give them your payment information. Hackers often establish websites are closely resemble legitimate retailers in hopes of tricking shoppers who are in a hurry or not reading carefully. When you shop on a spoofed hacker website you are giving your personal information and credit card data directly to a hacker.