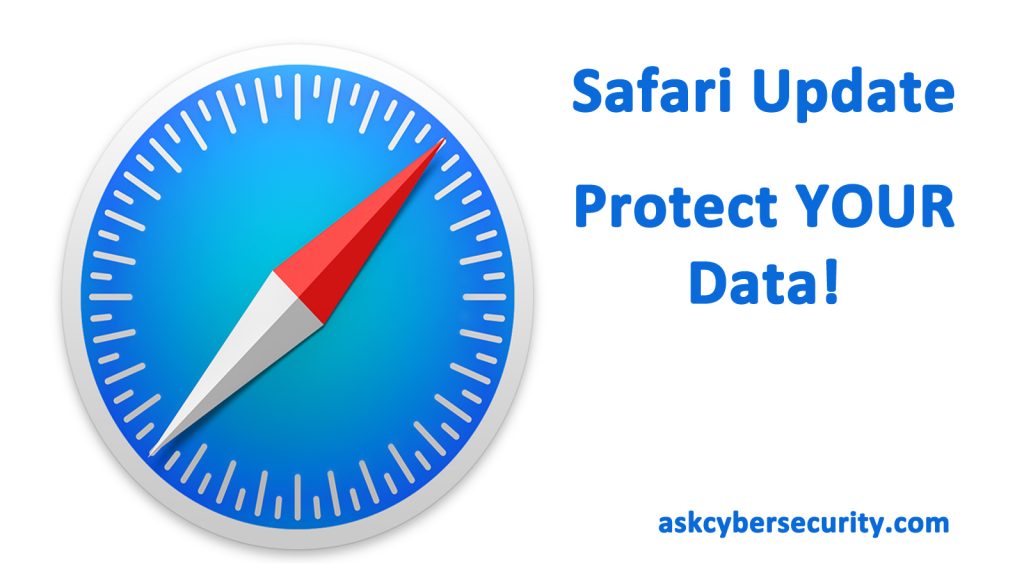 The Safari Update – How to Protect Your Data

A recent Apple Safari browser update included a patch that blocks browser visits to a maliciously crafted web page. The ransomware scam may lead to an application denial of service – meaning the users would not be able to open Safari. The latest version is Safari 10.1.1.

Hackers used JavaScript popups to block users from accessing Safari and demand ransom in the form of ITunes gift cards to return owner access to Safari.The scam included intimidating messages as part of the ransomware attack.

How do I get the Safari Update?

The latest version of Safari is available from the official Apple downloads page. Information about the security patch is not available in the Apple security center.

On 28 March 2017 Apple released iOS 10.3 which then received another minor update. On 15 May 2017, Apple released an update iOS 10.3.2 which included bug fixes and improvements to the security of iPhones and iPads. Other May updates release with this same software security patch include macOS Sierra 10.12.5, Security Update 2017-002 El Capitan, and Security Update 2017-002 Yosemite. The update also included Safari 10.1.1.

Safari is considered one of the most secure browsers on the web. This week Google announced that is using users’ app data to track their purchases online and offline. Meaning, Google is tracking and storing the purchasing behaviors of their users and storing that data along with personally identifiable information. The internet giant is doing this by coordinating data from its Chrome browser, Youtube, Google Maps app, and credit card data. In fact, any app that is developed on or becomes available through the Google Play store can be used to supply data to Google’s tracking program. Google is making this information available to advertisers, without the personal identifiers, to prove its ads are effective. Much of this activity goes on without the knowledge of Chrome browser users.

Changing web browsers on your laptop and mobile devices are ways to protect your web browser and credit card data. Google us using Google apps and properties as well as vendor relationships to mine data. Safari is not a Google app and therefore not part of the program.