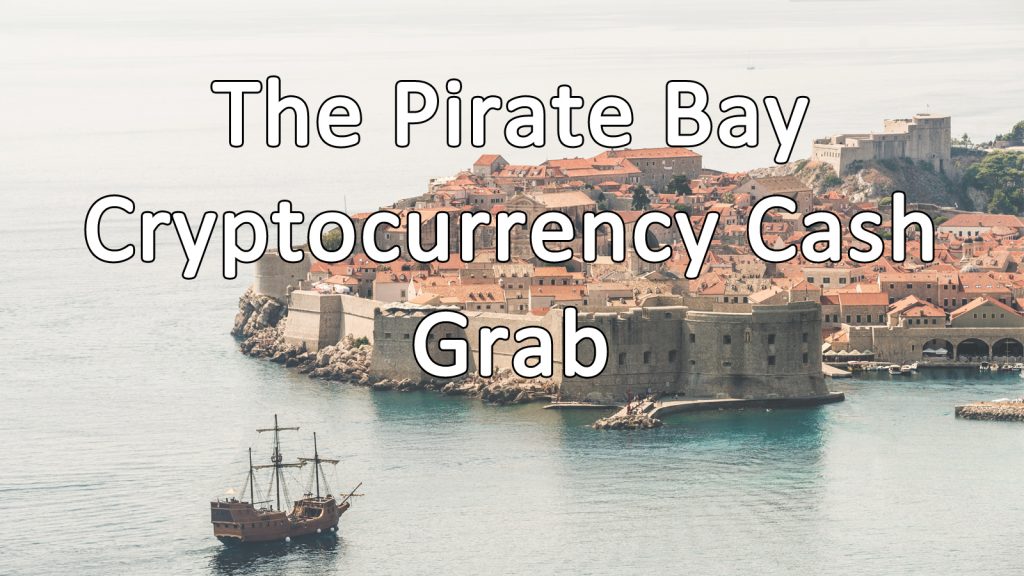 In tech news today are headlines about the infamous The Pirate Bay (TPB), is quite possibly the world’s most popular file sharing website. TPB has faced financial issues, because most advertisers are not interested in having their product slapped on a page that’s potentially (read: probably) doing something illegal. That kind of exposure is something advertisers try to avoid, you can see the consequences of this sort of exposure by taking a look at YouTube and the woes it’s had with exposure. Massive companies such as AT&T and Verizon have pulled their ads from Google services like YouTube over their content appearing with controversial videos. In turn companies that provide ads, such as Google, are leery of allowing their precious revenue streams be anywhere near something questionably legal and The Pirate Bay is questionably legal at best.

So, in an attempt to move away from the fickle fortunes of ad revenue TPB decided to try their hand at cryptocurrency mining. There’s a problem with mining cryptocurrency, it’s very hardware intensive and dedicated mining rigs cost a small fortune. TPB has hundreds of millions of visitors, and their combined processing power is massive, so TPB decided it was time to leverage their fan base. After all, their users appreciate the website and if they’re not going to click what ads remain on the site to drive some revenue then why not let them make money for you free of charge? That was the idea at least behind TPB’s newest addition, a snippet of code that utilized the web browsers of their users to mine Monero. Monero is another cryptocurrency, though one with a lesser value then BitCoin. Their have been issues with viruses that infect devices with software that turns them into mining rigs for unscrupulous miners. TPB’s users may have been worried that TPB had been infected, or was planning on attacking their systems.

The code would use the browser to run the mining algorithm for Monero, and due to an initial error it would take up to 100% of their user’s processing power. Obviously, watching your computer turn into a red-lining, fan-screaming, overheating brick isn’t anyone’s idea of fun. This bug was caught, and the code restricted to a paltry 30% of the user’s total available processing power. TPB’s users have not had favorable reactions to being unwitting pawns in TPB’s revenue stream. This may be an example of poor PR, if TPB had notified user’s that this was a test for a potential rollout it may have gone over better. TPB needs a reliable stream of capital to survive, as it has been under fire continuously and frequently changes web hosts. Dealing with all that traffic and data is expensive, and it requires a team to keep it running. While mining cryptocurrency without asking for permission first is certainly shady, is any shadier then what its users are doing anyway?