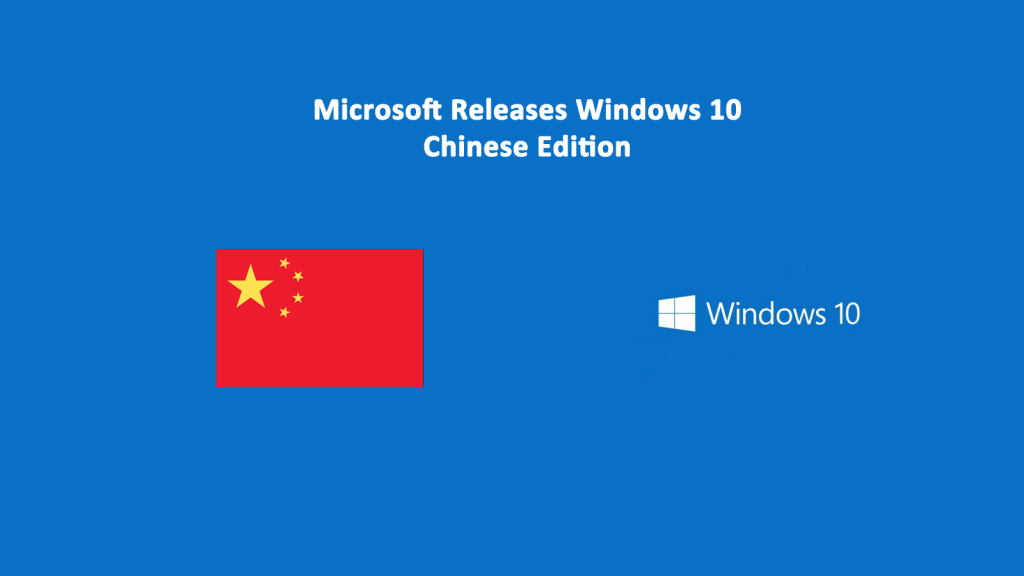 Microsoft developed the special edition of Windows 10 in conjunction with China Electronics Technology Division. The Chinese government encourages foreign companies to do business with Chinese companies through these joint ventures. In this way, Microsoft is not forced to add backdoors to its apps but removes features instead.

Microsoft is not revealing many details about Windows 10 Zhuangongban. The only information about the release indicates that this version does not have the same consumer apps and features that come with other versions of Windows 10. This was done to improve the apps manageability and stability, according to Caixin news. It’s also equipped with additional device management and security controls.

Windows downloads are available from the official Microsoft Download Center website. The Download Center includes updates for all supported Microsoft products. This month the WannaCry ransomware virus spread across Europe. WannaCry was developed from hacking tools stolen from the National Security Agency by WikiLeaks. Only machines that were not patched were susceptible to the malware.AN estimated 200, 000 machines were infected by WannaCry.