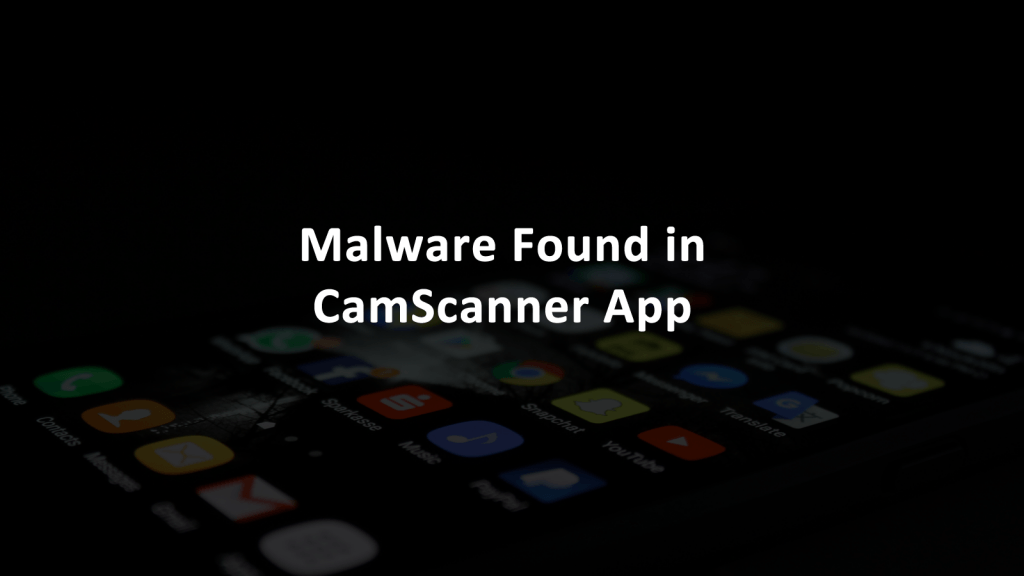 Malware was found in a free Android app found on the Google Play Store. Hackers can remotely steal data or from banking apps after a device is infected with malware. CamScanner is a productivity app with over 100 million downloads. The app which lets users copy notes and paper documents was found to contain malware that compromises the device it is installed on. The malware may even be used to steal from banking apps installed on the same device. CamScanner is sometimes called CamScanner — Phone PDF Creator and CamScanner-Scanner to scan PDFs.

Cyber security researchers at Kaspersky found malicious code in the app’s module that serves advertisements. The malware was discovered after users left negative reviews on Google Play after their devices began to exhibit strange behavior.

CamScanner is available for Android devices as well as iPhones and iPad. The malware was found only on the Android version. There is no information about the iPhone and iPad apps. CamScanner is a legitimate Android app with over 100 million downloads from the Google Play app Store. It is also available from websites.

Like many other apps, CamScanner contains advertisements to earn money for its developers. It also offers in-app purchases. However, the advertising code library bundled with the free version of CamScanner contained malicious module that compromised devices.

Kaspersky researchers found malware known as Trojan-Dropper.AndroidOS.Necro.n, in CamScanner ad library which is a Trojan Dropper. This type of malware extracts and runs another malicious module from an encrypted file downloaded with the app or an update. The newly dropped malware, in turn, is a Trojan Downloader that downloads and launches a payload from malicious servers.

These downloaded processes run in the background on the infected phone and work at the behest of the hackers. They can be used to do anything from popping up more advertisements, steal money from mobile banking or payment apps, open multiple web browser tabs, or charge for bogus subscriptions.

If you also have mobile banking apps installed on an infected device, hackers can compromise them with a Trojan malware.

Protect your device from malware, spyware, adware, and other cyberattacks with a quality antivirus app. Periodically scan your smartphone, tablet, or laptop for malware or newly installed apps. Many paid versions of Android antivirus apps scan devices automatically on a regular schedule.

CamScanner lets you use your smartphone or tablet camera as a scanner. CamScanner takes a photo of any document like receipts, notes, presentation handouts, and business cards and saves it in Adobe pdf format Docs can be Sync docs across smartphones, tablets and computers. Optical character recognition (OCR) is used to search scanned documents. CamScanner can also export documents to an Evernote, Google Drive, Box, Dropbox, OneDrive.

I have CamScanner installed, what should I do?

CamScanner App – How to Protect Your Phone

If you have automatic updates enabled for your device and apps, then you may have accepted an update of CamScanner that has the malware.