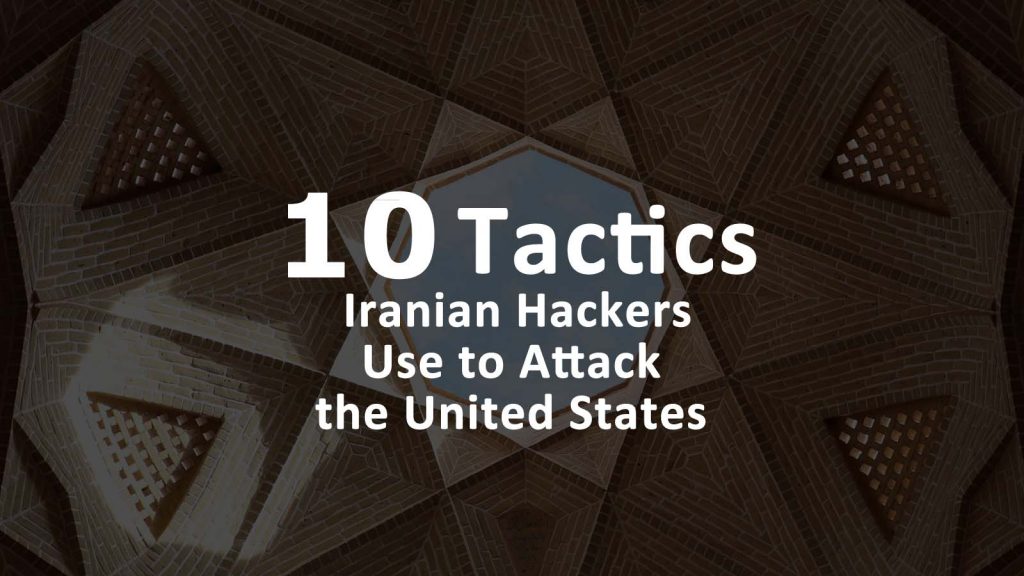 The number of Iran hack attempts against targets in the United States has almost tripled. The increase in Iran hack attempts has intensified since the assassination of Iranian military leader Qasem Soleimani. Cyberattacks originating from Iran targeting government websites of all levels doubled then continued to increase.

Iran has a history of attacking targets in the United States and across the globe. Although their repertoire of cyberattacks does not show to skill level of hackers from China and Russia, they can still cause damage, even if it is sometimes a symbolic nuisance.

What is an Advanced Persistent (APT) Threat Group?

An Advanced Persistent Threat Group, known as an APT Group, is an organized hacking organization. APT groups often work at the behest of a national government to steal money to fund other activities, spy on other countries or political targets, or conduct corporate espionage. APT hacking groups are given numbers and names by cyber security researchers to rack their activities and to avoid offending the governments the APT groups work for. The names represent something the country is know for. For example, Iran APT groups are APT33, APT34, and APT 35. State sponsored APT33 is also known as Elfin, Magnallium, or Refined Kitten. Gothic Panda is a pseudonym for APT3, a Chinese APT group.

Iran Hack – How to Prepare

The Texas Department of Agriculture website and an Alabama veterans’ group were both defaced this week with an image of Iranian Commander Soleimani. The pro-Iran image was accompanied by a message stating the website was, “Hacked by Iranian hacker.” The city of Las Vegas, Nevada was attacked on 07 January 2020 and city services were temporarily shutdown. The cyberattack struck on the first day of the annual massive Computer and Electronics Show (CES). It is too soon to tell if any of these incidents were the work of state-sponsored hackers.

Microsoft disclosed that Iranians tried to hack 2020 Presidential campaign. The Iran hack attacked over 200 email accounts related to a campaign.

How Wealthy Is Iran?

10 Tactics Iranian Hackers Use to Attack the United States

According to CISA, these are ten tactics used by Iran hackers to compromise networks and computers in the United States and across the world.