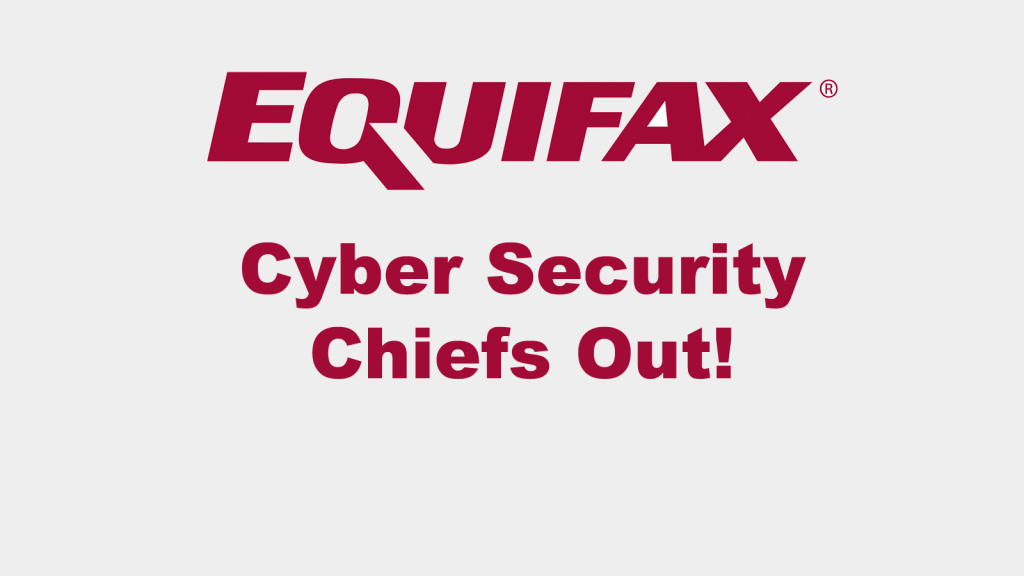 Equifax Cyber Security Chiefs Out! – Both CIO and CSO Retire

Equifax announced that its Chief Information Officer (CIO) and Chief Security Officer (CSO) have been replaced. Susan Mauldin, who served as Equifax CSO since 2013 and David Webb, who served as CIO since 2010, have both retired their cyber security roles at Equifax. Both retired and were replaced by interim replacements.

The even more incredible news is that the cyber attack occurred over six weeks ago, from mid-May 2017 until the end of July. Cyber security representatives from the company discovered the hack on July 29. Company officials did not report the incident to the public until the first week of September 2017.

During the time from discovery to announcing, three executives sold almost $2 million dollars in Equifax stocks. The stock is trading near its 52-weel low and closed at $92.98 on September 15.

Equifax has a web page that supposedly allows consumers to check and determine if they have been the victim of a cyber security crime. According the TechCrunch the results seem to be arbitrary. Equifax is also offering credit monitoring. Initially signing up for the service automatically revoked a consumers’ right to sue. Now the language has been changed to require consumers to notify them within 300day if they intend to sue Equifax. Our blog post recommends steps to take to protect your credit after the Equifax data breach.