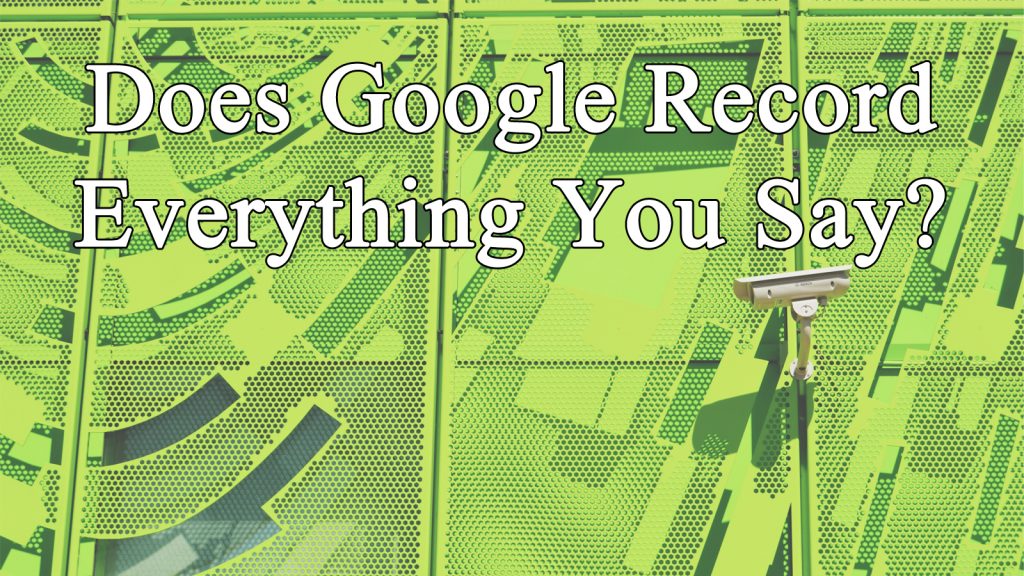 How many times has this happened to you? You’re talking to someone else about something, a product or a service you or they need. The next time you visit YouTube, Google, Facebook or anywhere that else that hosts ads you see that exact service. Maybe you watch a certain TV show, and suddenly you’re seeing ads for its merchandise everywhere. Personally I was talking to a coworker about needing to refill the printer tray with more paper, and the rest of the day I was flooded with ads about printer paper. If you’ve had this happen to you, and spent some time thinking about, there’s a commonality to all these stories: The person’s phone was in their pocket, hand or in the room with them.

Voice recognition software has become a major part of a cellphone, it can be used to text people or unlock your phone. Android phones can be triggered by the phrase “OK Google” which brings up their Google Assistant, and with the correct settings this unlocks your phone. This can be done anytime your phone is on or around you, which begs the question: Does that mean your phone is listening to you?

Now Google has come out and officially stated that they do not store your “utterances” unless their device is first triggered by the “OK Google” command word. However, the devices can be activated by similar sound phrases, and the sound recorded. In a test done by Pen Test Partners, an Android phone was shown to already have the code necessary to record your life. Without adding in any new code, using only pre-made code already present in a stock phone they were able to have the phone listen and transmit their conversations. While Google and Apple claim that their phones don’t do something like that, researchers are less inclined to believe them. They may not be storing your conversations, but they could be cherry picking keywords out of it and feeding it to an ad campaign targeted at you.

As a counterpoint to Google’s response however, have your devices ever asked if you’d be willing to send feedback to the developers? Have you ever wondered why you’re never asked your opinion or sent a survey? You may have inadvertently given the parent company to snoop on what you’re saying and doing. Agreeing to terms like that allow the developer to collect audio data, in the name of improving the autocorrect feature by letting it listen to your normal conversations. This extends to more then just your phone though, any Google or Apple device can do this data collection.

In particular, Google Chrome is listening to you as you read this article. It’s listening to you when you look at Facebook, or shop on Amazon. It’s listening to you while you play a game or fill a spreadsheet in Excel. This is because the default Chrome program comes with the option to send your audio data to Google for analysis pre-installed. By using Chrome you have installed a program that can remotely listen to everything that you’re saying. You can check the status of the program under the Chrome Settings for “Hotwording.”

While the threat of Google your audio history is daunting for personal privacy, it’s simply another part of Google’s web of knowledge about you. They record your browsing data for years, storing it away so they can better target you with advertisements. This is how they hone in their search engine to your particular frequency, how you can get localized results in Google Maps without using any location at all. Google has invested billions of dollars in collecting every scrap of data they can about you, about how you think and learn, and they’ve been putting it to use. As a closing note, while Google states that they won’t sell your data out, they will release it Third-Party applications that claim they need access to it, or if a government agency requests it.