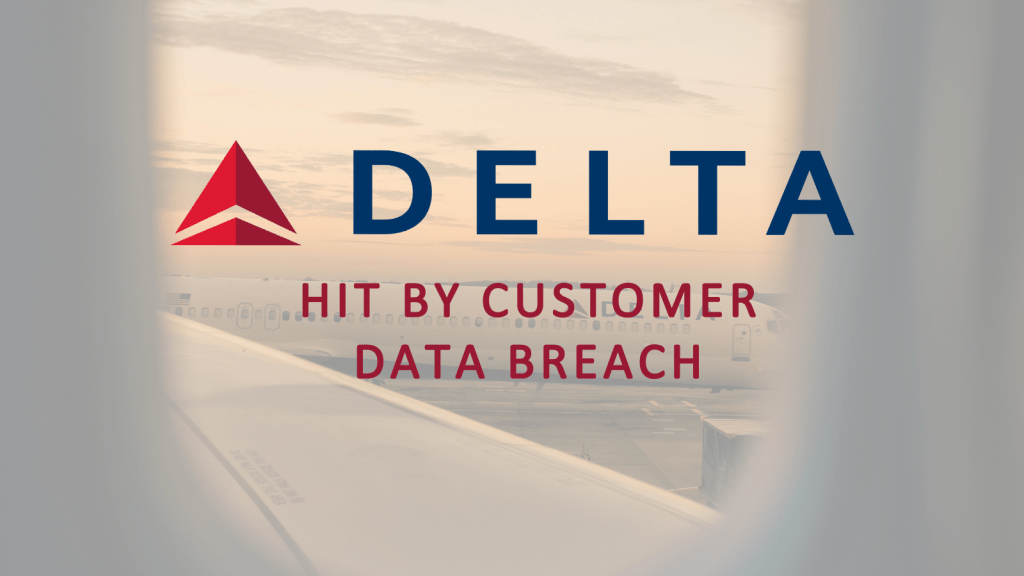 Delta Airlines revealed that some of their customers’ data was exposed in a data breach. The cyber security incident began September 26 and persisted until October 12, 2017. Delta learned of the breach last week, specifically on March 28. The airline announced it this week. Credit card information was compromised during the data breach. Passport, government IDs, and SkyMiles information was not hacked.

The Delta Airlines data breach involves a third-party vendor called [24]7.ai which provides online chat services for Delta Airlines. A Delta spokesperson stated, “We also engaged federal law enforcement and forensic teams, and have confirmed that the incident was resolved by [24]7.ai last October.” Delta is the latest company to be affected by data leaks. Panera Bread is still cleaning up their own cyber security issues.

What should I do about the Delta Airlines hack?

Delta Airlines will be contacting customers affected by the [24]7.ai data breach. The public can access a special website set up by Delta Airlines, http://delta.com/response for the most up-to-date information. In the meantime, Delta customers should monitor their credit card activity and credit reports.