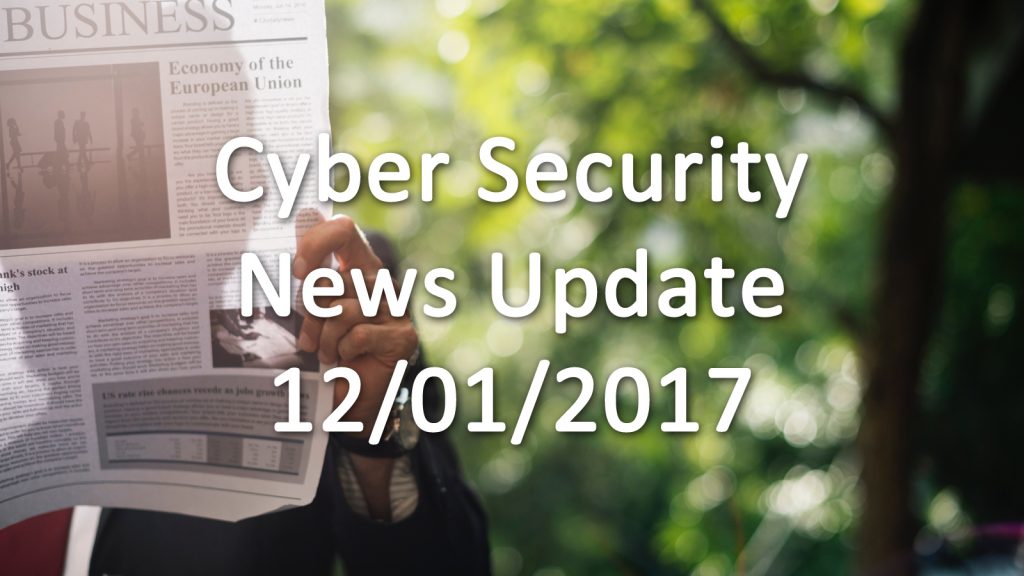 There’s a LOT going on this week in the cyber world, from bat patches to new malware attacks. If you’re looking for cryptocurrency investing ideas, don’t forget to check out our previous article Bargain Bin Cryptocurrency.

Last week we touched on how websites track the way users look at their websites with the aim of improving aid placement. New information coming out from research into the programs that websites use to collect this data reveals several issues with it. The programs don’t automatically censor what they see or turn themselves off, and may continue to collect data when you tab away from the website while leaving it open. This means that sensitive information like your credit card, social security or user name and password may be collected and sent to websites. Unless the data collector is working to scrub every single bit of information they get then there’s a real risk of your privacy being breached.
Source: Risky Scripts Pose Threat to Web Surfers, Say Researchers

A Russian Hacker, Roman Valerevich Seleznev, has been given an additional 14 year sentence on top of his pre-existing 27 year one. This new sentence stems from his involvement in a cybercrime ring that caused the United States some $59 Million in losses. The 27 year sentence was handed out in April of this year, and was for his involvement in a credit card scam that caused some $170 Million in losses for small businesses and financial institutions. Mr. Seleznev has a previous sentence as well, 27 years for credit card fraud and as of writing he is only 33 years old. These sentences are actually reduced as part of a plea deal where Mr. Seleznev talked about his website, Carder.su, which allowed him to steal and sell credit cards for around $20. Mr. Seleznev as well as 54 others are on trial for these hacks and cybercrimes, and Mr. Seleznev was arrested while attempting to flee the country. His arrest sparked international attentions when he was captured by the United States before he could get back to Russia. He and several others were arrested in Maldive and then extradited back to the United States.
Source: After 27-Year Sentence, Russian Hacker Faces Another 14 Years in Prison

HP computers have seen bloatware loaded onto them without their users permission, and this bloatware is also spyware waiting to watch you. This application is actually a form of Windows Telemetry, but it’s being branded as spyware. The program is called “HP Touchpoints Analytics Client” and its job is to “harvest touchpoint analytics data harvested by Windows telemetry.” That’s according to a HP representative, who apparently never learned not to use a word in its own definition. The primary issues users are having is that the bloatware can consume nearly all of their device’s processing power, essentially rendering the machine non-functional. The program can be manually deleted by finding it under ProgramData\HP\HP Touchpoint Analytics Client\Transfer Interface. Deleting it this way may not stop HP from reinstalling it again the next time you restart your device or a new update is installed.
Source: HP Silently Installs Telemetry Bloatware On Your PC—Here’s How to Remove It