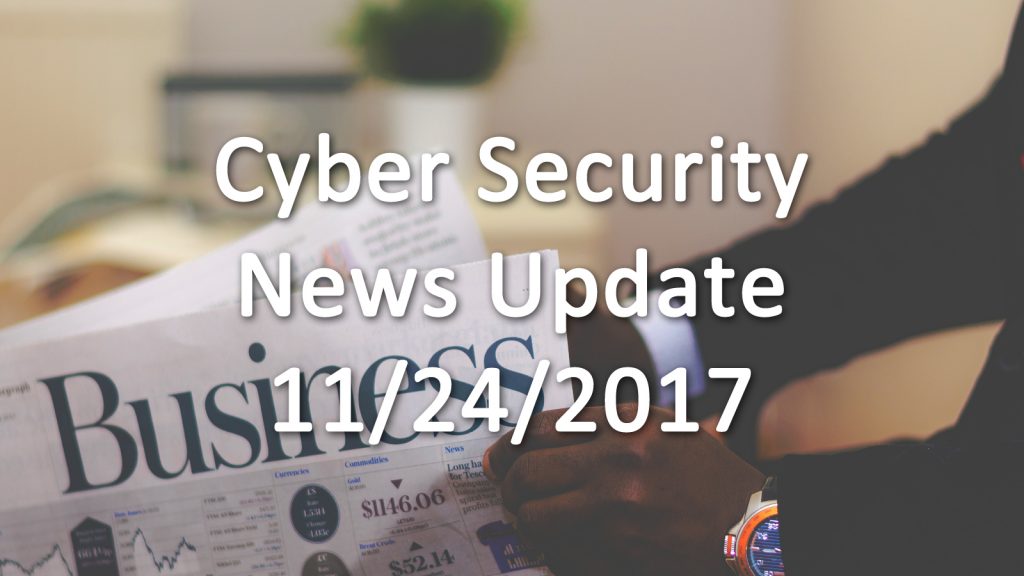 Indian corporations and organizations are finally starting to invest in cyber security, which is good considering 84% of them have been the victim of a successful cyber attacks in the last year alone. India sees a higher then average attack rate as well, especially when it comes to malware. India sees 20% more malware attacks then the rest of the world, which should have spurred investment in cyber security years ago. As Indian companies race to build effective defenses their spends are very, very large at an average of 10% of spending. The problem with new cyber security infrastructure is that it’s untested, India companies may be forced to hire on outside help until their own have had the time to learn the ropes.
Source:Finally, India is gearing up to face cyber security threats

Uber is the next victim of a high-profile data breach, which disclosed the personal information of 57 Million drivers and clients. This attack reportedly happened in 2016, and was resolved when Uber paid the hackers $100,000 to stay quiet about the attack and the data. Uber fired executives in response to the attack and is now working with legal counsel to pursue their judicial options. High-profile attacks will become increasingly common as time goes on, and part of that is due to advancing technology. As processing power grows it becomes easier for attackers to launch wave assaults, in a few years a company could expect an attack several times each minute. Other large companies such as Arby’s, Gmail, Kmart, Blue Shield Blue Cross, Verizon and Whole Foods have all reported successful attacks against them since 2013. Some of the companies on that list are technological giants, with the inclination and resources to have top-of-the-line cyber security. No defense is impregnable, especially if it stays static. Cyber security that doesn’t evolve and adapt to new threats and attacks is obsolete, and in the future this may mean that cyber security will transition over to autonomy. If computers can be taught how to write attack algorithms in seconds, then defense programs must be able to develop new definitions on the fly as well.
Source: Uber’s hack shows need to change how we handle digital security

People don’t like to be watched and they don’t like to have their things touched without permission. Issues like that crop up when you see popular websites doing things like borrowing your processing power for cryptocurrencies, but how about being tracked? We’ve previously talked about how you can mention something to yourself, which only your phone hears, and somehow you start seeing ads for it everywhere. Think about that idea though, how is it that you’re seeing those ads? What if they’d been placed as a banner ad, something you never look at or in the footer? If you stop to look at the ads you’re being shown, you may find that ads in places you don’t normally click or look at are less related to you. This is because the science of curating ads for you is far, far more personal then anyone gives it credit. Websites don’t just track your searches, your friends searches or your buying habits. They track where you look, how you look and for how long you look. Your ad profile knows exactly where to show you content to get you to see it. Somewhere there’s some hapless machine deciding whether or not you’d look at an more if it was 10 pixels lower on your screen.
Source: Over 400 Popular Sites Record Your Every Keystroke and Mouse Movement