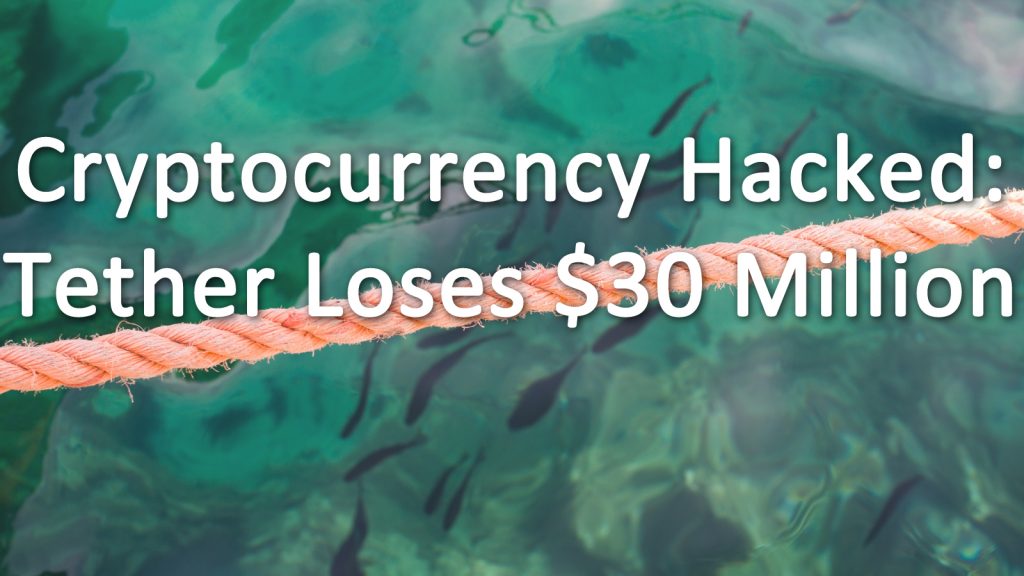 Cryptocurrencies are interesting creatures, their value fluctuates massively based on consumer speculation. That value also changes when other currencies are in the news, sometimes the news of a hack boosts value in an unaffected currency. BitCoin has seen record highs as it surged past $8,000 even as it’s dealt with several hard forks and other cryptocurrencies find themselves getting stolen or locked away. Tether is one such currency that’s dealing with a hacking issue right now. Tether reported that nearly $31 Million worth of their tokens, which are backed by traditional currencies, were stolen. Tether is an attempt to a avoid the volatile nature that most cryptocurrencies suffer from, such as BitCoin. BitCoin’s value can rise or fall several hundred dollars over the course of a day, making it a risky investment. Long-time investors are seeing amazing returns on their initial investment, but as BitCoin’s price continues to rise it becomes more volatile. Is it worth investing several thousand dollars into a currency that might have fallen four-hundred dollars below what you bought it for before the day is over?

Tether is trying to circumvent by tethering (haha) their value to well-established currencies like the United States Dollar, Euro and “soon” the Japanese Yen. These currencies change in value as well, but they do so at a much slower pace than BitCoin or other cryptocurrencies do. Backing Tether with real-world currencies also makes it more appealing to banks and other financial institutions, something that most other cryptocurrencies don’t have. Financial leaders have been quick to label BitCoin a “speculative currency” due to the fact that it isn’t regulated or controlled by traditional financial institutions. This lack of control is part of what’s made it so popular, but also what makes it so volatile. The USD shifting a few cents in worth would be considered a major change in value, because the massive wealth of the United States and the Federal Reserve help insure its value against changes. Decades ago currency was backed by physical commodities, bank notes were worth a certain amount of something usually gold or silver. This help give what is, essentially, worthless paper some kind of concrete value. Anyone could “cash out” and get their money’s worth (literally) in gold, which helped to calm markets. Today money isn’t backed by physical goods, there’s just not enough of any certain material that there’s enough of. A few million, or even billion, dollars worth of gold is something a country can posses but several trillion is asking a bit much.

Tether reported that a “malicious outside attacker transferred the funds to unauthorized bitcoin address.” In response Tether is attempting to push out an updated version of their server software, Omni Core. Doing so would fork Tether and effectively trap the currency in the wallet, stopping it from being traded. Because Tether is backed by the USD they’re capable of stopping the tokens from being redeemed and they report that they’re currently working towards recovering the stolen tokens. Tether uses BitFinex as their exchange, which concerns investors and regulatory agencies. BitFinex had another hack that cost users $70 Million in August, and they have been accused of market manipulation.