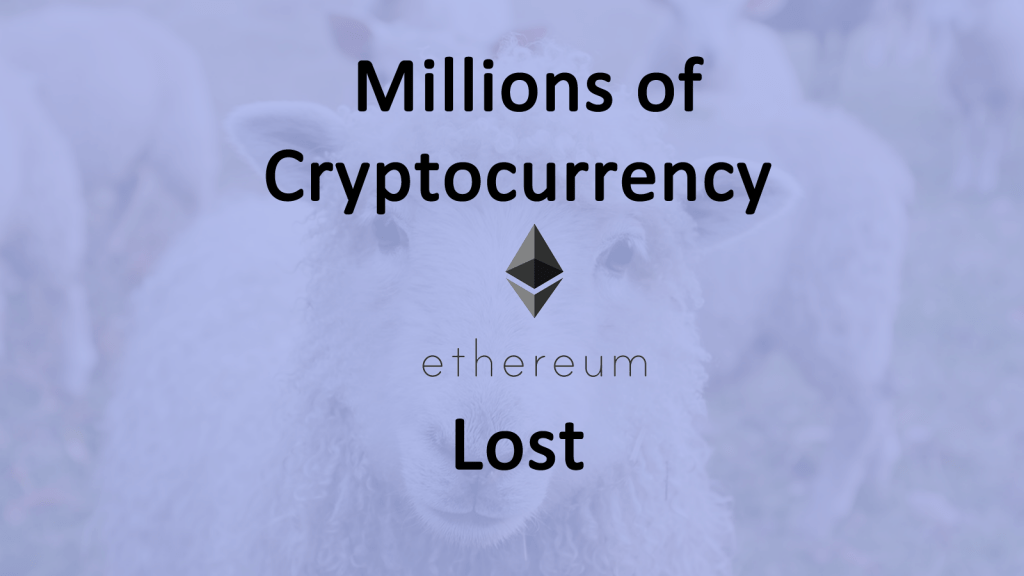 An estimated $150 million to $280 million of cryptocurrency Ethereum has been lost due to an unintentional hack of a code vulnerability. A code bug allowed hackers steal $32M from some multi-signature wallets on July 19, 2017. A patched version of the Parity wallet was released on July 20th. However, the code update left another security hole that allowed one user to take over all multi-signature Parity wallets. The users mistakenly deleted the code library that corresponds to the affected Parity wallets. Five hundred eighty-four Parity wallets belonging to 573 users were affected by the error.

According to the Parity press release, “it was possible to turn the Parity Wallet library contract into a regular multi-sig wallet and become an owner of it by calling the initWallet function”

Rather than returning the money. Instead, all Ethereumbecame locked in the affected multisignature wallets. There is no way to access the currency.

Parity is a digital currency wallet used to store Ethereum. Until the error is patched, the cryptocurrency cannot be transferred and is inaccessible.