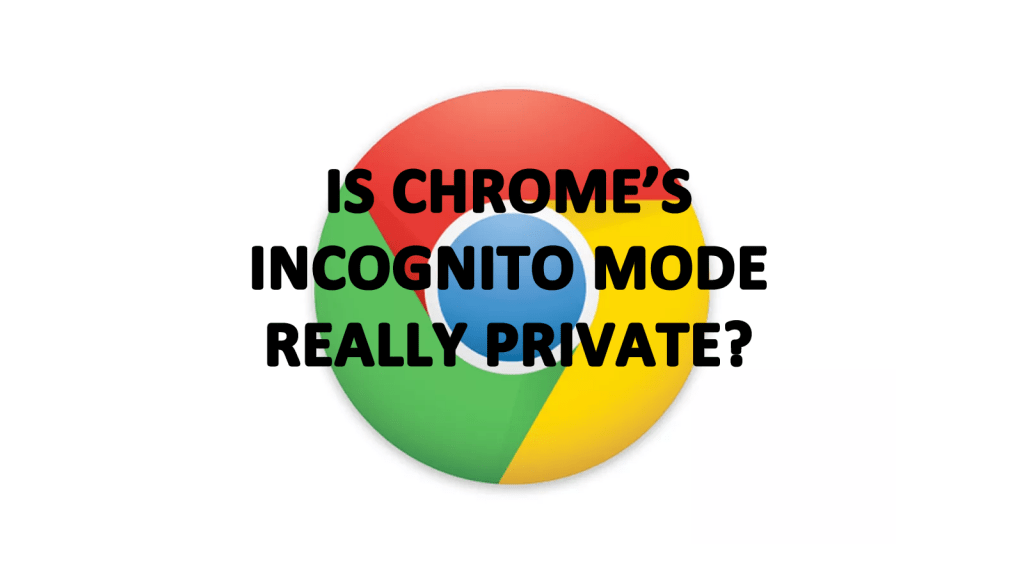 If you have not tried it yet, the Google Chrome browser offers a supposedly private version of the popular web browser. It’s called Chrome Incognito. This is a free feature is an integral part of Google Chrome, no additional installation add-ons required. Many believe that by using Chrome Incognito, everything they browse online is protected. Although it is true, Incognito mode doesn’t save a session’s browsing history, it is not 100 percent private.

Why surfing in Chrome Incognito mode is not private

The only thing that happens differently when surfing the internet using Chrome’s incognito mode is that Chrome does not store a local information about a browser session. However, browsing activity, including what websites were visited, is stored by the internet service provider (ISP.)

It is possible for others to see some of your information even if using Incognito mode. Although Chrome does not retain a record of what files were downloaded, those files are saved to your computer. Anyone who uses the computer after you may see the downloaded files. According to Google’s support website, “Incognito mode only prevents Chrome from saving your site visit activity. It won’t stop other sources from seeing what sites you’ve visited…”

Those that also have access to your internet activity, even when using Incognito mode include:

In addition, all other accounts should be logged out or better yet, never opened. For example, be sure to log out of Facebook or any other social media in order to keep web surfing activity as private as possible. Most major social media channels, track web surfing history in order to target ads. Also, because this is Google Chrome, all other Google accounts should be logged out. For example, don’t keep a Gmail tab open. Likewise, Google Plus, Google Analytics, YouTube, or any other Alphabet property would allow Google to track your activity.

How to Open a Chrome Incognito window

To open a new Chrome incognito window, tap the three dots in an already open Chrome window, then select incognito window. Upon finishing a web browsing session, be sure to close the window to end the session.