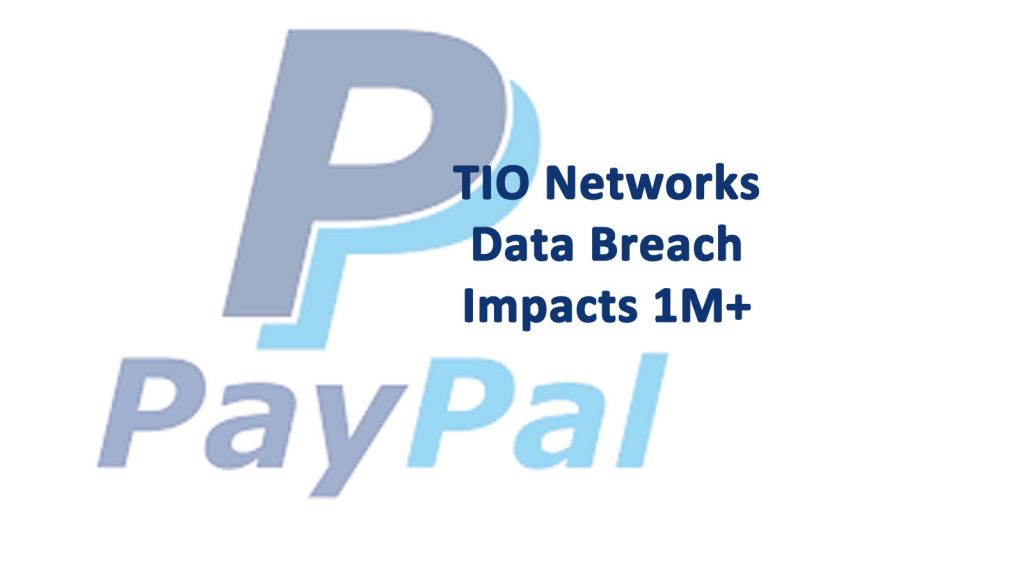 Canadian payment processor TIO Networks data breach may impact up to 1.6 million customers. No date ranges were given so it is not known when the data breach occurred. In November, TIO Networks announced it was suspending operations because of a security vulnerability discovered during a joint PayPal – TIO audit. It is unknown what type of data was hacked (credit card numbers, names, emails, birthdates, etc.…)

A Wall Street Journal article dated December 8 claims names, addresses, bank account information, and Social Security numbers were compromised. TIO is not releasing any information, however the company is working with customers affected by the data breach.

TIO doesn’t sound familiar? TIO Networks is a Vancouver based payment processor. The company serves customers, many of whom do not have bank accounts, so they can pay utility bills in cash at kiosks and walk-in locations at retail stores.
TIO Networks was bought by payment processor giant PayPal in the summer of 2017 for $238 million USD.

PayPal Holdings, Inc. is a payment processor based in the United States, operating globally. PayPal supports online money transfers offering an additional a layer of security to safeguard credit card data of its users. PayPal was founded in 2002 by eBay, the online auction site, and then spun off into its own company in 20015. Now, many online retailers accept PayPal payments.

PayPal customers are not affected by the TIO Networks Data breach.