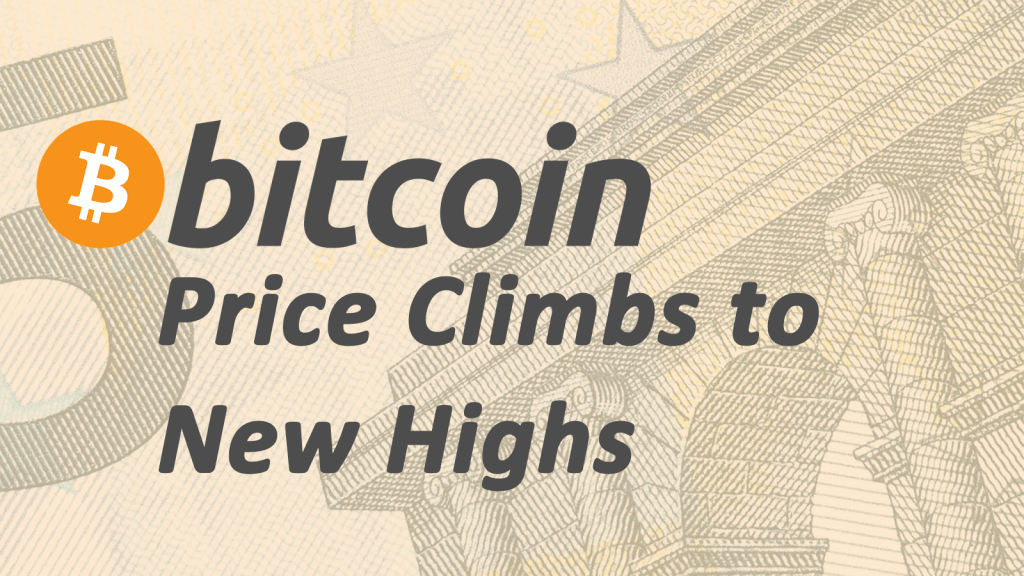 The Bitcoin price surged to new highs today. The Price of Bitcoin hit and then exceeded $7300 USD on Thursday the second of November. The entire week has been record-breaking with Bitcoin prices rising over 16%.

In 2012, the price of Bitcoin was about $4 USD. By January 2014, the price of one bitcoin was over $900 USD. Earlier this week Bitcoin broke a record, exceeding $6400 USD for the first time in its short history. Today Bitcoin busted out and passed the $7300 USD mark to a high of $7350. The sudden increase in price is due to the Chicago Mercantile Exchange (CME) announcement stating it plans to offer Bitcoin futures. This move by the CME could increase the number of institutional investors for Bitcoin markets. This, in turn, could drive up prices even more!

Bitcoin is a publicly traded crypto currency and is traded just like any commodity. There are currently just two ways to indulge in the Bitcoin madness through the stock market: Buy into Bitcoin Investment Trust (NASDAQOTH:GBTC) or First Bitcoin Capital Corp.(NASDAQOTH:BITCF).

Bitcoin is a digital (crypto) currency launched in 2009 by ‘’Satoshi Nakamoto’’. About 12.5 bitcoins are “mined” approximately every ten minutes. Bitcoin mining will cease when the number of coins in circulation hits 21 million coins.