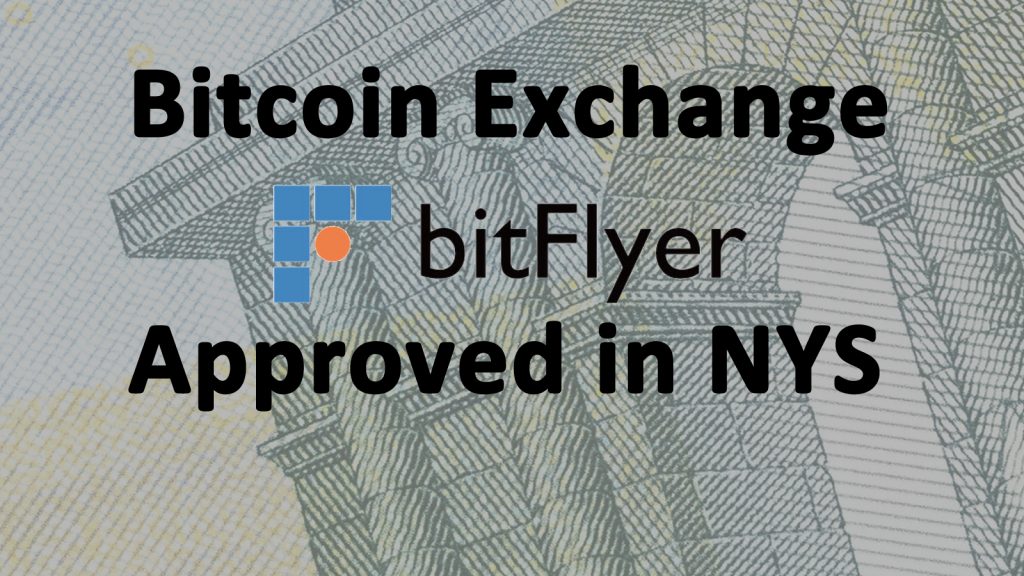 Japan’s bitFlyer gained approval from New York State regulators. The Bitcoin Exchange is now the fourth cryptocurrency exchange to receive approval from the New York State Department of Financial Services (NYDFS). The other three approved companies are Circle, Ripple and Coinbase. bitFlyer will initially work with Bitcoin, but plans on expanding to other cryptocurrencies in the future. bitFlyer opened operations in the Unites States in August 2017. At that time, the crypto currency exchange already had approval in 34 US states.

A “BitLicense” is the name given to the license granted by NYDFS to operate as a virtual currency exchange in New York State.

What is a Bitcoin Exchange?

A Bitcoin Exchange is a type of cryptocurrency exchange. Users need exchanges to trade sell Bitcoin, Ethereum, and other cryptocurrencies to traditional currencies like the US Dollar. Bitcoin exchanges handle the transactions for a fee.

bitFlyer is a Tokyo based cryptocurrency exchange founded in 2014. The company’s CEO is Yuzo Kano. bitFlyer is Japan’s largest Bitcoin exchange in terms of volume, trading about $180M worth of bitcoin each day. bitFlyer has raised a total of $36M in venture funding. The Bitcoin exchange is licensed to do business in 40 states.